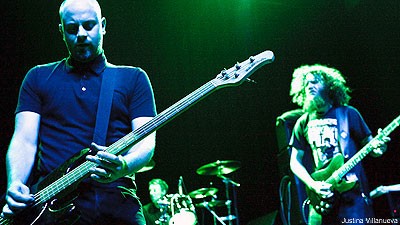 2010 will mark the year of many metal turning points. The Melvins -- after 26 years of changing music and influencing musicians all over the world -- finally made their first trip to Billboard's Top 200. Isis -- who also changed metal music in shaping post-metal and influencing scores of imitators around the world -- concluded the band with one last tour. The two acts met up at the indie festival Bonnaroo (the one that serves as a sort of Woodstock for the post-MTV generation) and continued a 10-day trek up the East Coast together.

Noisecreep caught the tour on June 16, when the Melvins played before Isis at Washington, D.C.'s 9:30 Club. The medium sized venue was filled up but not sold out. More importantly, hands were grasping LPs, EPs and special box sets. Isis took everything out of their closet and laid it out on a merch table for fans' last chance grabs. 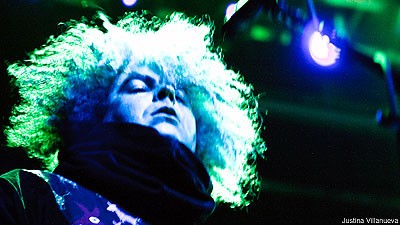 It took half of Melvins' set for the band's frontman to introduce himself. "My name is Buzz and I play in the Melvins," King Buzzo said. He also said how the band was sorry that Isis was ending, "Let's hear it for Isis." The band ended their mostly new-song set with a song from 1992's 'Lysol'. It was an early Christmas gift.

Then there was Isis. First someone shouted "Play something heavy!" Then a woman shouted, "Let's get married!" And then, before you knew it, a hurricane of crowd banter filled up the room before Isis even played their second song of the evening. The final and best line of the night might have been from the person who said, "Play something off your discography. Anything!" 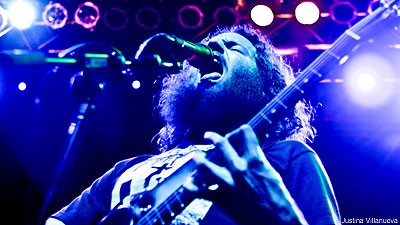 Yeah dude, we get it. Now let the guys tune in peace. Regardless of what the crowd joked though, they got what they really wanted: the most headbang-worthy Isis set. The two song encore got a crowd lip-synch-along and some heavy arm-in-arm duo headbang's too. May the bangover gods be with those who witnessed any of the last Isis shows. The very last one will take place at Club Soda in Montreal tonight. The band's touring career began in Montreal 12 years ago, making the last show a very special full circle.

You can support the Melvins by purchasing their limited to 300 13-CD box set on sale for $200. The Melvins and Isis have a split available, too (it costs 90 percent less than the box set).