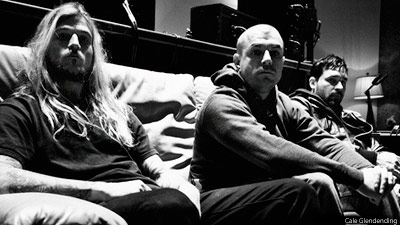 "In all reality, it does now, more than ever, feel like a new band. It's a fresh start that feels good," Throwdown's Dave Peters told Noisecreep about his band's latest and greatest, 'Deathless,' which is their first release for new label E1.

Sure, the Orange County-based band has cycled through members over the course of their rather long history -- really, what band hasn't? -- and they've just switched record companies. But none of the typical band business garbage has affected the band's sonic output, which is just as ferocious as a hungry, agitated pit bull on 'Deathless.'

Listen to 'This Continuum'

But don't just take Peters' word for it. Noisecreep is exclusively premiering the song 'This Continuum,' a barnburner of a track which boasts a thick, nasty and totally moshable groove and Peters' drill sergeant-style barks. The song pulverizes, and it does sound like TxDx have a new lease on life.