What do you get when two teenage Bay Area metal head pals reconnect after years to rekindle their love of metal? Spiralarms.

Singer Tim Narducci (ex-Systematic) and guitarist Craig Locicero (Forbidden) grew up worshipping metal together, and in 2004 after years playing in bands of their own, they decided to join forces and start Spiralarms.

Rounding out the band is Cornbread (bass/vocals), who had recorded and toured the U.S. and Europe extensively with the band Vicious Rumors, Brad Barth (keyboards), Anthony Traslavina (guitars) and Ron Reeden (drums).

The band just finished a short west coast tour and is currently finishing their new album, Freedom, set to be released soon. Noisecreep spoke to Tim Narducci about his partnership with Craig Locicero and his influences growing up in the Bay Area.

How important is the personal relationship between you and Craig for Spiralarms to work?

It's super important. Sometime we'll bring in riffs or full song ideas but what I dig most, what is so inspiring playing with Craig, is when I think of his old band, Manmade God. When that record came out they were just doing something so different. It lit a fire with me and made me want to go into a different direction; do more of the rock thing. There's a great chemistry we have, singer and guitar player, we try to emulate Aerosmith as much as we can [laughs].

What records did you listen to growing up?

We grew up with all the great bands like KISS but at about 14, Ride the Lightning from Metallica came out and that was a complete shift. That was huge. But then my freshman year in high school I'd pretty much just listen to Led Zeppelin. I played a lot of guitar and tried to figure out where Jimmy Page was coming from. I'd say they really affected my songwriting. And of course KISS. They were so cool; they had the shock thing, they were and are just awesome.

What Zeppelin record did it for you?

Physical Graffiti, I think. I mean, they were all good, but that record just has so much going on. The depth of the songwriting is just unmatched in my view.

How about a live show you saw as a kid?

What really made an impression on me was when the US Festival happened. I saw it on TV at about 12 or 13. The heavy day, day two I think, with Judas Priest and all – that made a huge impression on me. I also saw AC/DC a few times when I was a kid. I saw Judas Priest live, too. Those shows all had serious effects on me. And my dad played in a band and I go sit with him and that taught me a lot, too. 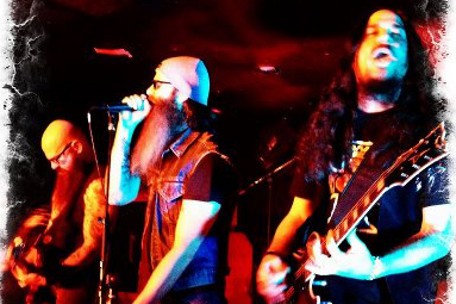 Spiralarms' sophomore album, Freedom, will hit stores in 2013. Head over to the group's Facebook page for more info.