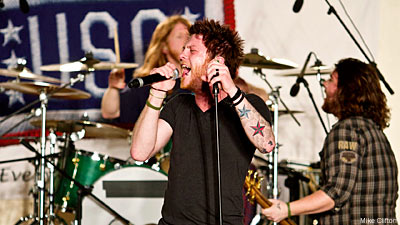 Rockers Saving Abel are in the Persian Gulf to perform for servicemen and women as part of a USO/Armed Forced Entertainment tour. During their eight-day run, Saving Abel will visit three countries and perform a series of concerts, one of which will be streamed back to the States via Ustream. You can also visit www.uso.org for concert updates.

While in the Persian Gulf, Saving Abel will hand deliver an assortment of cards of appreciation and artwork to the troops from the students of St. Albert the Great School in Louisville, Ky. 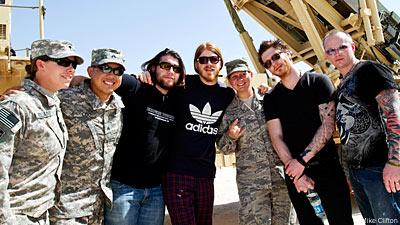 Saving Abel are longtime supporters of America's men and women in uniform. In 2008, the band paid tribute to military families stationed abroad by filming a video for their song '18 Days' on the USS Hornet, the San Francisco-based naval carrier that won nine battle stars for her service in WWII. That same year, the group raised awareness of U.S. veterans with a benefit concert broadcast on MTV.

Known for their hits 'Addicted,' '18 Days' and 'Drowning (Face Down),' Saving Abel released their self-titled debut album in '08. They are scheduled to release their sophomore album this summer. Fans can download a free acoustic track entitled 'Sex Is Good' at their official Web site. 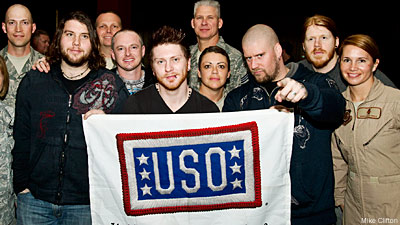