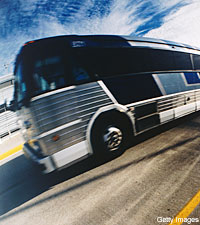 AUSTRALIA TO THE DEATH: Making their way with Antagonist and Day Of Contempt for a small run, Century Media's Earth Crisis will headline the tour starting June 17 in Brisbane. Their upcoming album 'To The Death' is scheduled for a May 5 release.

BROKEN MAN: Originally scheduled to head out on the road with Valient Thorr, The End Records' Early Man is now dropping off this month's tour dates due to back and arm injuries. The band will indeed get back on the road next month and throughout the summer in support of their upcoming release now titled 'Death Potion'. Expect to see both the band and album out sometime this summer.

TOURS IN BARREN PRAISE: Also announced earlier last week, the hardcore / doom outfit Trap Them will be continuing on the road following the Maryland Death Fest for a May / June run with Victims and Black Death. Hitting New York on May 25, confirmed dates as of right now have the tour slated until June 12 in Philadelphia.