Will dark minds think alike? It looks as though we'll soon find out as Nine Inch Nails mastermind has posted a new photo of himself with film director David Lynch via Twitter (seen below).

The two are rumored to be collaborating on a video for a song off Nine Inch Nails' 'Hesitation Marks' album, presumably for the lead single 'Came Back Haunted' that debuted earlier this month. However the group has yet to confirm the details, only offering Reznor's photo as a tease. There is already a video of sorts already for 'Came Back Haunted' as Nine Inch Nails initially posted audio of the track with a video backdrop of the song spooling out reel-to-reel on tape.

Lynch and Reznor have history as they previously collaborated on the director's film, 'Lost Highway.' Reznor was billed with a couple of solo cuts on the soundtrack, while Nine Inch Nails are credited with the song 'The Perfect Drug.'

Nine Inch Nails will return with 'Hesitation Marks' on Sept. 3. The group will also kick off a North American tour Sept. 28 in St. Paul, Minn. This summer the band will also headline a number of festivals both in North America and in Japan and Europe. 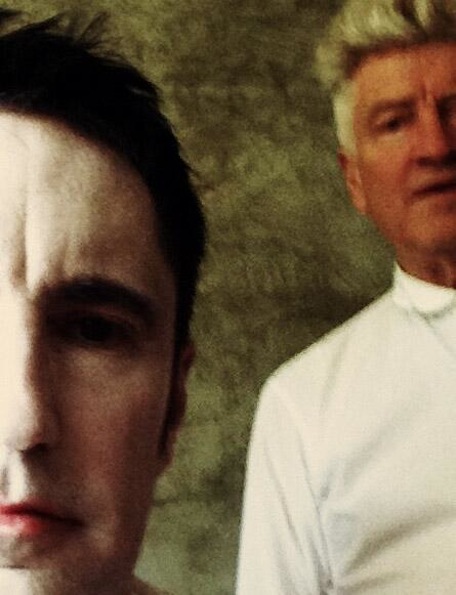