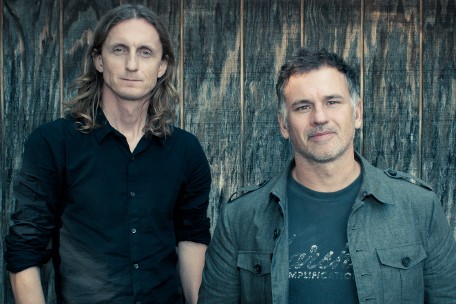 Yesterday's extreme inevitably becomes today's mainstream. Anybody remember the days when Metallica and Slayer were the sounds of the underground? How about when Slipknot pushed metal to its bleeding edge? So why the hell did VH1 Classic not want to foot the bill when Sam Dunn, host and creator of the up-til-then 11 episode Metal Evolution series came for funding for the show's penultimate episode, "Extreme Metal"?

"Let me give you the diplomatic answer, says Dunn from the Toronto offices of his and co-director Scot McFadyen's Banger Films. "We've got to remember that VH1 Classic did fund 11 episodes on the history of metal, which frankly, no one out there was willing to do. The fact that they went as far as allowing me to sneak in some Arch Enemy and In Flames is pretty remarkable for mainstream television."

With the same self-minded chutzpah that yielded Dunn's groundbreaking documentary Metal: A Headbanger's Journey (yes the greatest one-liner in the history of metal interviews. Gaahl from Gorgoroth's long pause and then "Satan") and its follow-up Global Metal, Dunn has launched an IndieGoGo campaign to raise $175,000 to produce, shoot, edit and release this "Lost Episode". Labels and instrument companies including Metal Blade, Relapse, ESP and photographer Peter Beste (known for the eye-mangling photo book: True Norwegian Black Metal) are all contributing to the cause with a smorgasbord of perks for the more generous benefactors. Hey, for $50,000 you can buy yourself an Executive Producer seat on the episode and probably get invited to Christmas dinner with the Dunn Family.

"It's critical to do an episode on extreme metal," Dunn stresses. "The outer edges of metal are the most exciting. I'm shamelessly pirating (noted sociologist and metalhead) Keith Kahn-Harris's brilliant phrase where he calls it the motor of innovation in metal but I really believe that's the case. Black Sabbath was considered extreme metal at one time."

Waitasec aren't we talking a top-rated series still in syndication with healthy DVD sales to boot? Let's not forget to mention that VH1 Classics plays the shit out of two other Banger productions: Rush: Beyond the Lighted Stage and Iron Maiden Flight 666. And Dunn still had to argue with VH1's powers-that-be?

"When we had out initial discussions with them about the series, they were reticent to go as heavy as death metal," says Dunn. "The bread and butter of their audience is KISS, Alice Cooper, Ted Nugent then leaning into the likes of Iron Maiden and Judas Priest. Their advertisers are going after an older demographic. There might be thousands of young extreme metal fans watching VH1 Classic but they wouldn't know." That's to say nothing of a targeted audience that actively buys music and tickets. Even armed with research showing millions of Youtube plays for the likes of Cannibal Corpse or Dimmu Borgir, Dunn still found himself arguing for metal's silent majority.

Who would be the key players in this episode? "The philosophy of Metal Evolution was always taking one step further back than what people would expect," says Sam. "For example: in the 'Shock Rock' episode, we didn't start with Alice Cooper We went back to PT Barnum, So for us the essential starting point would be the ugly duckling of thrash metal: Possessed. From there, it's Florida obviously with Death, Morbid Angel, Obituary and others with Chuck Schuldiner being the most important sonic architect of the episode. Then we would go to the U.K. for Napalm Death and Carcass to Sweden and Norway for their contributions to death metal and black metal."

How about a second season for Metal Evolution? "We approached VH1," Dunn recounts. "They felt that they got what they wanted, they were really happy and the show did really well. They love our work but they didn't want to go for a second season.

"We actually think there is more than just extreme metal that still needs to be done," Sam continues. "We' d like to do an episode on industrial metal, we'd like to do an episode on doom metal, we actually came up with some really exciting ideas about doing an episode about women in metal: Janis Joplin to Lita Ford to Angela Gossow. We also talked about doing an episode about all the bands that were impossible to fit so finally we can find a way to fucking fit Voivod into the series! There were also some pretty big ommisions – AC/DC, Thin Lizzy. Motorhead deserved more than just being placed in the New Wave of British Heavy Metal episode. I don't think we gave Pantera their due by putting them in the nu-metal episode."

For the future Dunn and Banger Films do have a few other projects in development: a feature length film on the life and career of Alice Cooper as well as one on the cultural impact of the Devil himself. "Why is The Devil such a pervasive character and force in film, TV, literature and music," says Sam. Plus there's a few projects percolating that step in and out of the metal world – ranging from sports docs to potential dramatic features.

Dunn is insistent that Metal Evolution's 12th installment needs to as timeless in its scope as any of its prior episodes so don't expect much from the last decade – with one notable exception. "Gojira would be the band to end it with," says Dunn. Not only are they one of the best bands on the planet right now but also their sound, their lyrics and their aesthetic are the farthest thing from conventional death metal fare! Event though those guys did on death metal music. Can death metal be environmentalist? "Can death metal actually address issues of world harmony and nature? The music has the brutality of extreme metal but when you listen to what they're singing about, they're turning things on their ear a bit. They're actually an example of what the future of extreme metal may hold. I like the idea of ending on a question mark rather than a period."