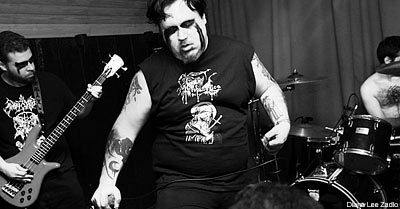 Dec. 28 saw a veritable 'who's who' of the Philadelphia underground rip apart the tiny stage at Kung Fu Necktie and leave it for dead, including Nightfall, Woe, Infernal Stronghold and Krieg. Openers Nightfall warmed up the crowd with their noisy misanthropic D-beat, then up-and-coming black metallers Woe rewarded those who'd braved the Arctic conditions outside with two new songs, including 'The Road From Recovery' from their upcoming record for Candlelight Records.

Woe's soft-spoken and decidedly un-grim frontman Chris Grigg went out of his way to thank the club and promoter after tearing through a set fueled by the band's critically acclaimed debut, 'A Spell for the Death of Man.' Blackened Philly punks Infernal Stronghold kicked up a merciless racket with a short and nasty set, spitting out jagged shards of Godless Noise off their recent album of the same name. 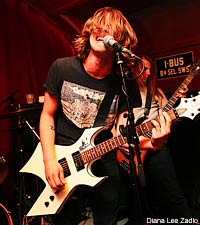 As rad as the openers were, the most anticipated band of the evening was surely the headliner: American black metal legends Krieg, who were slated to make their first-ever Philadelphia performance that night. Happily, Imperial and his horde did nothing to disappoint. Far from being buried by time (and dust), Krieg brought the noise, unleashing tracks off their classics 'The Black House,' 'Destruction Ritual,' 'Rise of the Imperial Hordes' and more.

Streaked with corpse paint and with eyes rolled back towards hell, Imperial proved himself to be a formidable frontman, as his backing band, including Grigg of Woe on drums, kept up the furious pace. The band walked off stage to a chorus of appreciative roars from the crowd, and surely made a killing at the merch table that night. With a brand new album on the horizon, a new partnership with Candlelight Records and several more live rituals planned, Krieg's future is looking darker than ever. 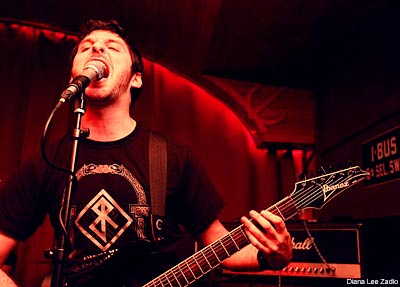