With everyone and their mother racing to post their year-end lists before the end of 2009, Noisecreep's token kvlt kommando 'Grim' Kim Kelly figured she may as well rain on everyone's parade and concoct a nasty little list of her own. Thusly, Noisecreep's Top 10 Black Metal Records of 2009 have been lovingly selected and dissected for your listening pleasure.

Encompassing the ugliest sonic assaults this side of Hades, the most heartrending instances of epic riffery since Hammerheart, and stopping at every bloodstained roadside dive along the way, these ten albums exemplified some of modern black metal's most intriguing and exciting permutations as well as shedding (un)light upon those who choose to honor the twisted roots from which it spawned. You've been warned. 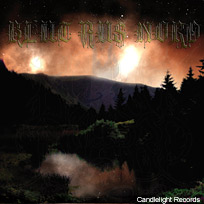 A majestic journey back towards the now-experimental Gauls' more melodic, frostbitten roots. This sequel to 1996's 'Memoria Vestusta I: Fathers of an Icy Age' harkens back to the straight-forward atmospheric black metal of their early days, tempered with just enough of their jagged modern edge to keep it sounding as fresh and deadly as their first strike. 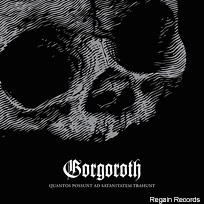 'Rebirth of Gorgoroth!' comes the bloodcurdling roar midway through track three on the Norwegian black metal institutions' eighth full-length. Original member Infernus reigns triumphant over his enemies, and celebrates his victory over former bandmates Gaahl and King ov Hell by rallying together a few old friends (Pest, Tormentor, Tomas Asklund and Frank Watkins) to unleash absolute hell on earth with this, Gorgoroth's best record in years. It's a Satanic rite of rebirth through fire -- and a damn addicting listen, as well. 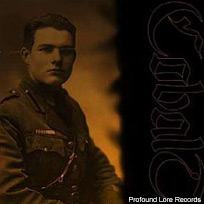 An absolute triumph of an album, 'Gin' explores the darkest recesses of the genre, incorporating hypnotic tribal elements, multi-layered melodies and chants alongside the blistering blackness. As influenced by Neurosis and Swans as it is by ravishing grimness, this is a watershed release for American black metal. With 'Gin,' Cobalt have introduced us to a whole new shade of black. 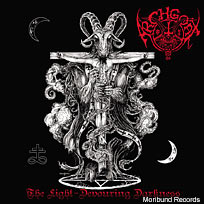 Cult Finnish black metal horde Archgoat crawled out of the mouth of hell in 1989. And with every EP, demo or split they release, they damn themselves further to the abyss. Raw, Satanic, menacing and primitive, their second full-length carries the torch that 2006's 'Whore of Bethlehem' ignited, and is sure to please purists while alienating posers from here to Hades. 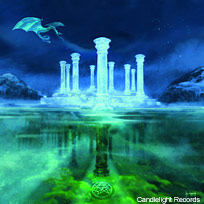 Absu are one of American black metal's most fiercely burning stars. The triumphant return of Proscriptor roared into existence with a new lineup, a manic touring schedule and a self-titled return to the epic black/thrash intensity of the immortal 'Tara' record. 'Absu' is a blistering inferno of razor-sharp riffs, raspy invocations and criminally insane drumming that injects shards of melody into a raging black core and marries the new with the old. 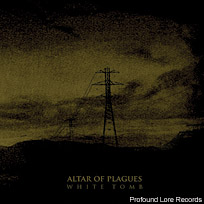 Post-black metal at its finest, the debut full-length from these Irish lads is nearly untouchable. A black metal record at its empty heart, 'White Tomb' is a vicious aural assault that is still somehow rife with trembling melodies and monumental riffs that ebb and flow like a tide of ash, overlain by sheer glimmers of dreamy post-rock and ambiance. Simply incredible. 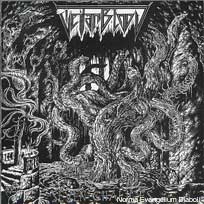 Not pure black metal, not pure death metal, but a twisted, ugly, and hateful permutation thereof -- Teitanblood are an unholy abomination unto themselves, fitting messily into the 'war metal' category with their bestial odes to blasphemy and blood. Lo-fi to the point of distortion with demonically gurgled vocals and lurching grooves, 'Seven Chalices' oozes pure evil. 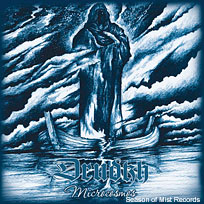 Another blackened, atmospheric paean to the old gods and sweeping forests of their Ukrainian homeland, Drudkh's fifth opus, 'Microcosmos,' is their first for a major independent label, and serves as a fitting introduction for the many who are just now discovering the band. With members and intentions shrouded in secrecy, Drudkh's music speaks for itself, in an ancient voice of praise and sorrow. 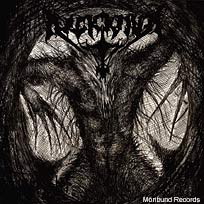 Swedish black metal overlords Arckanum have really outdone themselves this time. Sole member Shamaatae's fifth LP marries the melodic black legacy of his native land with a warlike grimness and appealingly murky, yet listenable production. Cold and repetitive with an apocalyptic storyline, driving melodies, pitch-black Satanic rhetoric and a positively tortured vocal performance, 'Pppppppppp' chills to the bone and cuts to the quick. 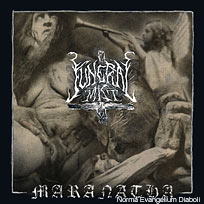 Chaotic, unsettling and discordant, 'Maranatha' attacks from all sides. Marking a distinct progression from ultra-raw previous recordings, Funeral Mist's second full-length outing showcases a newfound understanding of dynamics and willingness to step outside the black box in search of a greater evil. Mercilessly brutal, this album shreds like a beast and creeps along at a dead man's crawl, interjecting spoken samples of disturbia at will. 'Maranatha' is a true anti-Christian phenomenon and has earned its makers a place in hell's darkest corner.