Jason Newsted is in the fourth decade of his career as a full-time musician and he's not showing any signs of slowing down. "I'm spending 90 minutes a night on my Facebook page answering each and every message I get there from the fans. I'm a people person. It's been great reconnecting with the fans on a one-to-one basis again like I used to do back in the day," the bassist recently told Noisecreep during a conversation about the Metal EP, the debut from his Newsted band, which also features drummer Jesus Mendez Jr., guitarist Jessie Farnsworth and newest member, Staind axeman Mike Mushok.

Newsted, 50, could have stopped performing and writing music years ago, and his stamp on the hard rock/metal world would have still been left. Beginning with Arizona thrash mongers Flotsam & Jetsam in the mid-'80s, to his stadium-packing days with Metallica, and critically acclaimed work as a member of influential Canadian prog-metallers Voivod, the bassist has helped influence multiple generations of musicians.

Even though he was inducted into the Rock and Roll Hall of Fame in 2009 for his work in Metallica, Newsted told us he approached his new Metal EP with a garage band type of attitude. "I demoed these songs on my iPad. I love the immediacy of this material, and the iPad helped me capture the ideas as they hit me. At this point in my career, I don't sit around and play scales till an idea strikes me. I wait for a good idea to channel through me and then record it.

"I remember when I was in Metallica, my tech would have to lug around 7 road cases to each hotel room with my basses, road cases, mixing board, power amps, and a bunch of other crap. That's why I love the compactness of the iPad and the freedom it gives me to record stuff wherever I am. It's part of the reason a song like 'Soldierhead' has teeth."

Growing up in Michigan in the '70s, Newsted was exposed to great hard rock and heavy metal from an early age. "Ted Nugent was huge for me as a kid. He was a God to us in Michigan. My first concert was Nugent when I was 12. His bassist back then was a guy named Rob Grange and he's still a hero to me. KISS were this bigger than life thing back then, and since I was still so young, I loved that about them. After that, I discovered the small import section at my local record store and found Motörhead. That was a big moment for me. But when it comes down to it, Black Sabbath were my biggest teachers in all of this."

Listen to 'King of the Underdogs'

With Staind's Mushok in his band now, and the Metal EP garnering great reviews across the globe, Newsted said he doesn't regret leaving Metallica in 2001. "I was second-guessed by a lot of people when I left Metallica, but my family was always supportive. I remember thinking to myself when I would hear all of the negative second-guessing from folks that didn't even know me, 'You weren't there. You haven't walked in my shoes. And really, you don't know how much money I've saved either.' [laughs].

It's been 12 years since I called the meeting with Metallica to tell them I was out. All these years later, here we are talking about my new record. I feel like a kid again. I'm making a fresh start, and that's quite an accomplishment. I'm in a band that I love that is going to be touring again. Metallica is still huge, but most importantly, James [Hetfield] is sober, stronger than ever and he's got a beautiful family that he cares about. We've accomplished all of those things and now all of the dust is settled between us. We got to jam again at the Rock and Roll Hall of Fame induction and that was an amazing feeling. We're business partners forever, and we have a great history together. It's a beautiful thing." 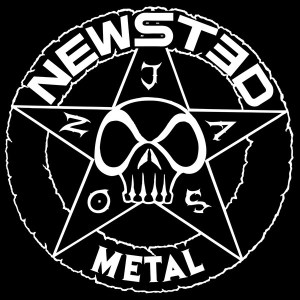 The Metal EP is available now on iTunes and CD.