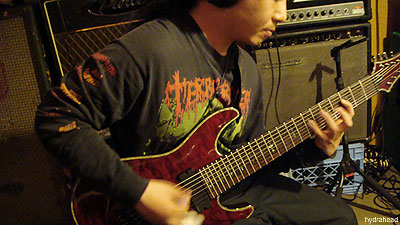 'Orphan' wlll feature 12 new songs that are guaranteed to make Brutal Truth drop their instruments and say, 'Whoahhhhh!' Look for it later this year. In the meantime, if you don't have the ferocious 'Amber Gray,' digital copies are available for $5.99.

Gridlink just tore it up at the Maryland Deathfest, but if you missed it you can get a taste of the band's maniacal insanity from this video taped in Osaka, Japan in 2006.