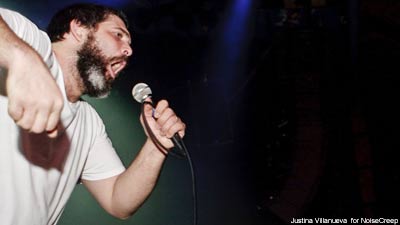 "This one is for all you German rockers. It's about making noise and drinking beer on the weekends. It's called 'Making Noise and Drinking Beeeeer!'" Cauldron vocalist and bassist Jason Decay said. Re-thrashers Cauldron were the first band up when Municipal Waste, Brutal Truth and Phobia played Gramercy Theater Dec. 9. It was a night filled with bands that were fun to watch, to say the least.

When Phobia frontman Shane MacLachlan announced 'Get Up and Kill,' he said it with such an evil rasp that the song motivated to kill. Well, the audience didn't exactly kill each other, but there was a lot of action in the pit. That counts, right? They brewed a similar craft of grind to the band that followed their set. 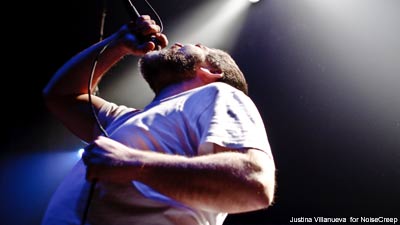 "I'd like to say 'high five' to Cauldron," Sharp said before calling them a great heavy metal band. (The "say 'high five'" part is what I've never seen happen from a stage -- the camaraderie I'm used to.)

Brutal Truth's 2009 release 'Evolution Through Revolution' is available now from Relapse Records And like Napalm Death, Brutal Truth get better with age.