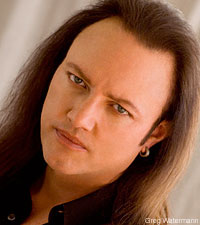 Pop star Michael Jackson was known for his voice, his dance moves and songwriting ability. As the investigation into his death heats up, musicians from all genres continue to remember Jackson and his legacy.

Queensrÿche front man Geoff Tate remembers being inspired by Jackson at a very early age. "I grew up listening to Michael Jackson, watching him and his brothers perform on television," Tate tells Noisecreep. "He made performing seem easy and inspired my generation with his music and his grace. He was one of a kind and will be missed but his music will live forever."

Michael Jackson died Thursday at the age of 50.