Album: From Birth to Soil

Formerly known as Hunters, Encrust specialize in a kind of metal assault that takes the riff-rock aspects of sludge and marries it with the bluntness of classic thrash. With the lineup coming together in 2010, the group headed to Wall2Wall Studio in downtown Chicago to record From Birth to Soil, their debut full-length, with producer Andrew Ragin (The Atlas Moth).


Although they are still relatively unknown, Encrust are already garnering raves from the tastemakers with Decibel magazine saying, "The monstrous sound this bunch churn out is part-bearded mountain man raping a billy goat, part-loogie of chaw running down your chin, part-NYC crossover and pretty much all awesome." Encrust are currently out on a North American tour with Obituary, Broken Hope, Decrepit Birth and Jungle Rot. The remaining dates can be seen below.


Listen to From Birth to Soil in its entirety below and make sure you pick up a copy of the album!

From Birth to Soil is currently available digitally on iTunes. The physical CD will hit stores on Sept. 25 and can be ordered at this link. 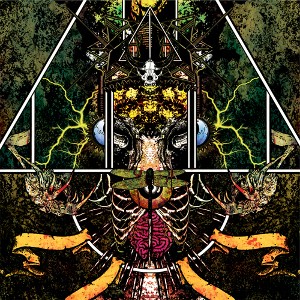