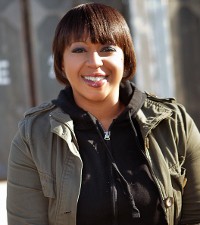 Laina Dawes is a music and cultural critic and opinion writer, an active public speaker, and a contributor to CBC Radio. She is also a current affairs columnist for Afrotoronto.com and contributing editor for Blogher.org.

But the reason we're featuring here on Noisecreep today is that she's written a fantastic new book called What Are You Doing Here? A Black Woman's Life and Liberation in Heavy Metal.

Out in late October from the folks that also brought us Swedish Death Metal and Mean Deviation, the book finds Dawes digging into world of heavy metal and how black women fit into it all. It's a warts and all look at a subject many of us probably never even have thought about before.

Dawes just sent us a list of five black women rockers everyone in the Noisecreep Nation should check out. We'll let her take it from here!

From Laina Dawes:Thanks to the Metal Evolution TV series and the numerous documentaries on the extreme musical scenes that have aired in the past decade, the philosophy of "community" has been rammed down the throat of many a fan. But who and what define this community? For some, the 'community' simply means that if you love the music, you are an automatic member. But some black women fans and musicians have found that membership into the metal, hardcore and punk communities have not been so welcoming.

There have always been black women musicians in the metal, hardcore and punk scenes that have ignored social categorizations and just enjoyed and participated in the music they love. Most importantly, participation in these musical scenes offer an alterative view as to how we are commonly perceived in popular culture, and many find these genres liberating, and a opportunity to be perceived as individuals. It's okay to be angry, and it's okay to be aggressive – in fact, it's celebrated. It might be the only for and to express emotions that when expressed publically by black women, can land us in jail!

Here are five women artist whom you should check out. Not only do they create excellent music, but they also represent the diversity of experiences found within metal, hardcore and punk communities that is rarely, if ever seen and heard. These ladies are simply inspired by the music they love. 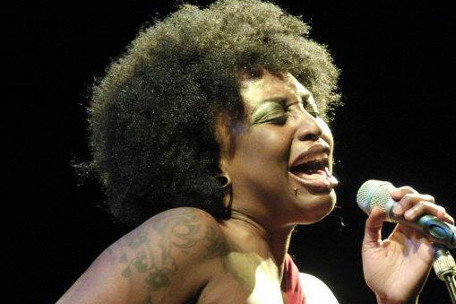 Facebook.com
Featured in the 2003 documentary Afro-Punk, the Brooklyn-based solo artist has deep roots in New York City's hardcore scene. Well-respected by her peers and greatly admired by black female rock fans for her punk aesthetic and unwavering confidence, Tamar-Kali is not only known for her unique blend of hard rock and soul, but her versatile image. Check out her album, Black Bottom.
Militia Vox 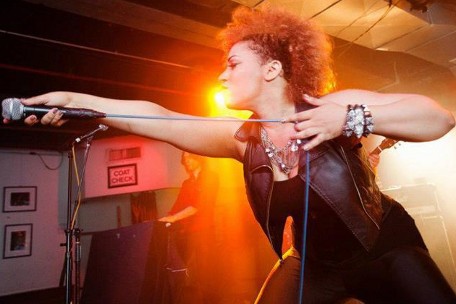 Facebook.com
Currently tearing it up as the vocalist for Brooklyn's Judas Priestess, she is also the founder, lead singer and songwriter for Swear on Your Life and was the lead vocalist for Twisted Sister frontman Dee Snider's heavy metal orchestra, Van Helsing's Curse. A former VJ, she has also appeared on FUSE, Much Music USA, MTV2 and VH1, and recently hosted the 2012 Afropunk Festival.
Alexis Brown 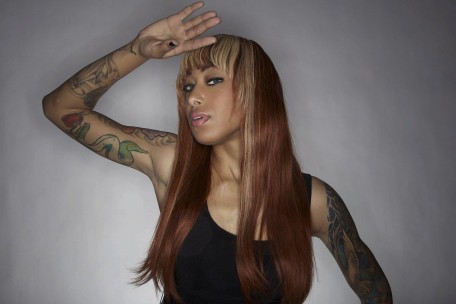 BSpulse.com
The frontwoman for Tennessee's Straight Line Stitch is the most prominent black women in metal today, but metal wasn't her first love. "My aunt used to tell me all the time that "you should be doing something other than R&B music" and that used to make me so mad, because at the time I was like "no, I'm a black girl, I should be doing R&B," she says, "It's funny how it ended up falling in love with the genre and this is my career now." Check out their latest album, The Fight of our Lives.
Diamond Rowe 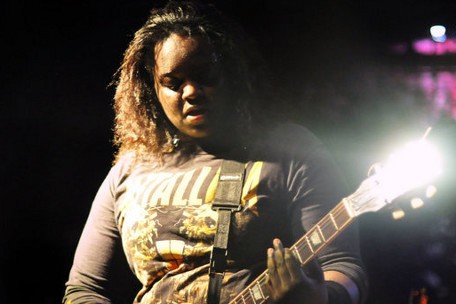 Facebook.com
The lead guitarist for Georgia's Tetrarch is one of the small handful of contemporary black women to handle lead string duties in a thrash metal band. She started playing guitar at 13, and formed Tetrarch with her best friend, lead vocalist/guitarist Josh Fore. At 22, her determination in promoting the band is pretty impressive, and she could probably teach older musicians a thing or two. Check out their EP, The Will to Fight.
Yvonne Ducksworth 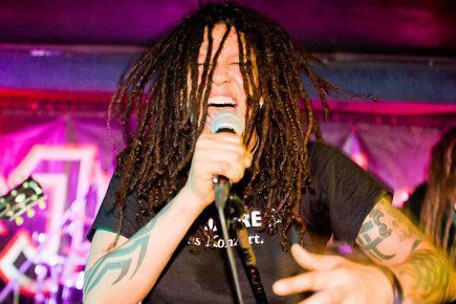 Facebook.com
Five years after moving to Germany, the Canadian vocalist co-founded Germany's Jingo de Lunch in 1987, and after a 10-year hiatus, she re-joined the punk band in 2006. About her experiences she says, "I just can't keep my mouth shut. I am not going to stand in line and agree to be abused! Other generations of black folks HAD to in order to survive, but it would be a huge mistake in my eyes to dishonor them now by putting up and shutting up!" Check out their latest album, The Land of the Free-Ks. 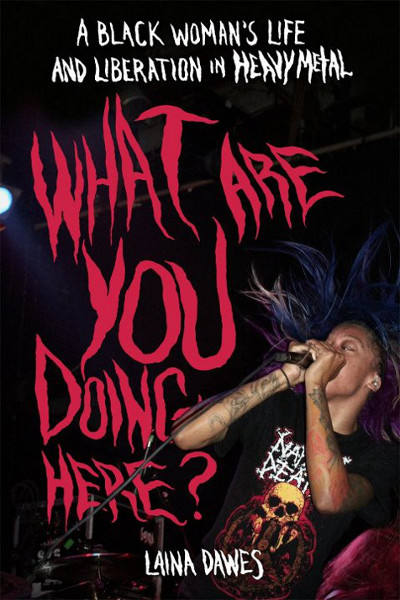