My Chemical Romance may be done as a band, but there's a little story left to be told. The group had an interesting video series going during their 'Danger Days: The True Lives of the Fabulous Killjoys' album support and frontman Gerard Way is keeping the story going via a new series of comics.

Dark Horse Comics is releasing the first issue in the series this week. The cover art can be seen below. Speaking with MTV Geek, Way stated that the ideas of 'Danger Days' came as a direct response to the success the band had with their 'Black Parade' album. He explains, "It's not just the success of an album, it's the chaos something like that can create in your life, and the relationships that are forged and destroyed, and the alienation and all of this stuff ... So "Danger Days" was a reaction to that and a reaction to how the band saw the world, and the comic is a reaction as well, and how Shaun [Simon] and I saw the world. But it is dark." To check out a trailer of 'The True Lives of the Fabulous Killjoys' comic, click here.

Way says that with My Chemical Romance finished and the 'Killjoys' comics being one of the final statements, he's ready to move forward. He adds, "I feel like my mission is to be honest with myself. My mission is to share my truth -- share, not give. I think that's what an artist is supposed to do ... my mission is just to be really honest and make the best thing that I can, constantly."

Though Way hasn't committed to a specific project as of yet, he's been keeping busy. He recent co-directed and lent music to an episode of 'The Aquabats! Super Show.' He also stated that he's been continually writing and creating material, but does not have an outlet for it as of yet. 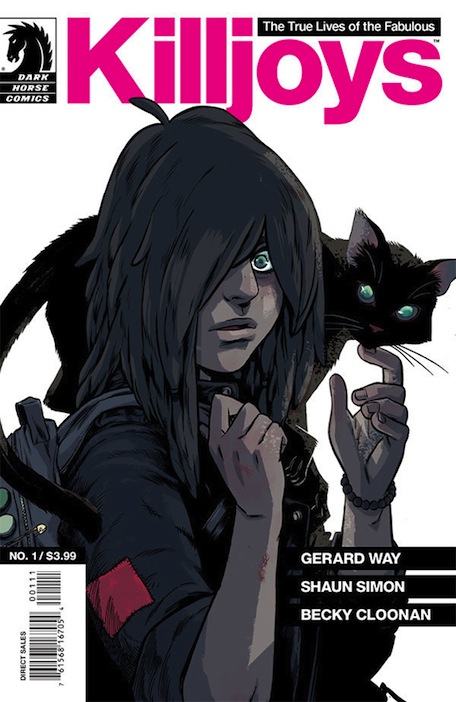