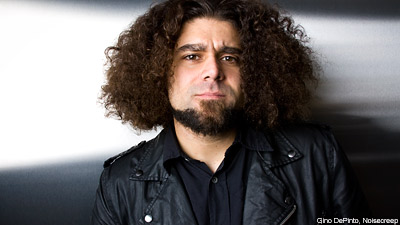 Imagine Brann Dailor leaving Mastodon to join My Chemical Romance. Unthinkable, right? Now imagine the kind of reaction dear Brann would get from the 'Don's fans. Well, when Chris Pennie left technical metal act Dillinger Escape Plan a few years back to join the sci fi-leaning progressive rockers Coheed and Cambria, he was basically vilified for the decision. Reaction amongst fans ranged from "How could he?" to "How dare he?" After all, Dillinger were (and, of course, still are) very much revered by guitar-worshiping metallers, so there was some resentment on the part of DEP devotees towards Pennie's move.

"Sell out," they all cried. But on Coheed's forthcoming album, 'Year of the Black Rainbow,' Pennie's work will silence the skeptics. Pennie's drumming has invigorated the rest of Coheed; especially Claudio Sanchez, the newly-married rocker with the gravity-defying spray of hair -- and the creator of the convoluted saga of love, death and deceit that all of the band's LPs have been chronicling. 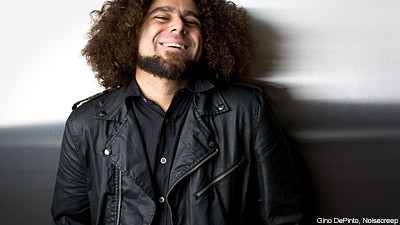 "He kicked ass on the album," Sanchez told Noisecreep about Pennie. "There are a lot of songs on the record that I'm not so sure we would have been able to execute the way we did had we not had Chris; certainly songs like 'Guns of Summer' and 'In the Flame of Error.' What I'm playing and what Chris is playing and how it locks together on the record ... it almost feels like the gears of a clock turning. It's very strong. And again, I'm not so sure we would have been able to accomplish stuff like that had he not been part of the outfit. On the new one, I certainly think you get to see a new side of Chris, one where he's really playing for the songs and creating a great foundation and groove. You just really get a sense of a very diverse individual and musician."

Coheed, whose shows self-professed fan and Charred Walls of the Damned drummer Richard Christy wears diapers to, is the ultimate concept band. The tale Sanchez has woven through their first four discs comes to a conclusion on album number five, a prequel that tells the tale of the band's namesake. While many prequels give most the Jar Jar chills, Sanchez claims Coheed's was necessary.

"When I created the idea of the Amory Wars and the first record being 'The Second Stage Turbine Blade,' and that being the second part of the story, I always knew at the end I would revisit the beginning," he explains. "I think for those fans that are truly invested in the concept, its really a necessity. They don't really know what's going on, whereas some of those others ... I don't know if it was necessary to make prequels for 'Star Wars.' This is where Coheed and Cambria came from. The origins of who they are." 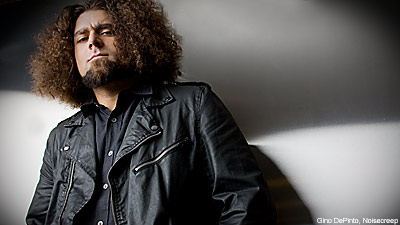 Next up, Coheed may move on to other universes. "I've had ideas to push further into the past, maybe a prequel to the whole mythology, or tell stories of its future," Sanchez divulges. "Though Heaven's Fence is destroyed, there is the remaining Silent Earth System, so there could be stories there ... stories that parallel this one. I have so many ideas. It's just what I do."

One thing Coheed and Cambria won't be doing? Touring with Dream Theater and Iron Maiden, as was the hot rumor a few weeks back. "Unfortunately, no ... that is a rumor. A few weeks ago, our old tour manager called me up one day, frantic, going, 'Why didn't you guys tell me this was happening?' It was complete news to us. It would have been great ... it would have been super awesome. F---, that's a good rumor. And for a minute, I thought maybe we were and I wasn't told. But nope."