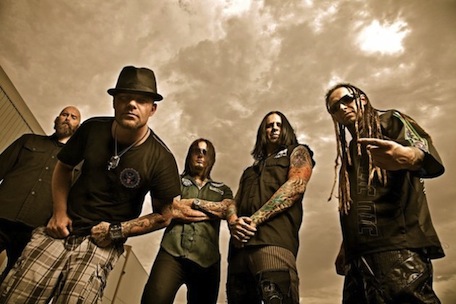 - Five Finger Death Punch let another piece of their upcoming album slip by exclusively premiering a snippet of 'You' at Loudwire. Listen here: [Loudwire]

- Three of Black Sabbath's original four are back rocking together, but there've been many members in between. Revisit all their lineup changes here: [Ultimate Classic Rock]

- Speaking of Black Sabbath, their '13' album is out now. Check out this review before picking it up: [Ultimate Classic Rock]

- Children of Bodom are rocking once more with the 'Halo of Blood' album. Check out a review here: [Loudwire]

- Ever wonder what Tool's 'Lateralus' would sound like as a guitar percussion cover? Watch here: [Loudwire]