Formed in 1994, the Wisconsin combo have never bent to passing metal trends, keeping their brand of brutality true to its raw and primitive roots.

Gearing up for a North American tour with Suffocation and Exhumed, Jungle Rot has partnered with Noisecreep to bring you the exclusive premiere of "Terror Regime," the title track of their new album. on Title Track

Jungle Rot's Terror Regime album will hit stores on March 19 via Victory Records. Pre-order the CD at this link! 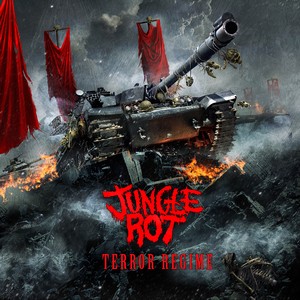