U.K. buzz band Glamour of the Kill are gearing up to release their new, as-yet untitled album this spring, so Noisecreep grabbed some time with singer Davey Richmond to discuss a whole mess of topics, including recording in Detroit, his love of American TV shows, the Downton Abbey hype and how a drunken night out produced a musical hangover cure.

Glamour of the Kill will also embark on on some spring touring with a stop at SXSW and dates with Woe, Is Me, so be sure and check them out if the opportunity presents itself.

Catch us up with Glamour of the Kill.

We re-released our debut in October in the States since we were doing a tour, so we wanted to coincide with that tour. We were in the recording studio with Joey Sturgis (Of Mice & Men, Emmure) in Detroit, so we are done with our second full-length. We're hoping it will be out in March.

Detroit is such an economically depressed area but has such a rich history. How did you enjoy your time in the region?

It was Rochester, so it was 40 miles out. It was winter, and snowy and cold, but working with Joey was an honor, since what he has done, with like Of Mice & Men, is amazing. He made us work really hard and helped us sculpt the songs, making them better and faster.

Pick a song on the new album and tell us a writing or recording story. Put us there with GOTK.

There is one song on the album where Mike [Kingswood], our guitarist, did some singing. We went out the night before and got really drunk. I had the worst fucking headache and literally couldn't move and slept under my coat for three hours. So Mike stepped up and did this screaming part and it sounded like a wild beast. Mike doesn't do the singing, but he stepped up to sing. It woke me up and eventually my hangover went away.

It is a hangover cure!

Next time I am hungover, I can just have Mike scream in my face and that'll make my hangover go away!

Did that screaming part stay on the record?

It is on the record. The working title is "Rescue Me." That title will probably will change closer to the release date, though.

Watch 'If Only She Knew' Video

Well, another interviewer or a fan can reference this interview and ask you what the song is title now once the album comes out.

Its funny, since, you know, we go to a bar and say we are going to try not to drink too much, but we get there, and next thing you know, the table is filled with pitchers, and we get quite drunk. That night got a bit out of hand.

It happens and you got a great scream out of it. So let me ask - what is the obsession with Downton Abbey? So many Americans love that show.

I don't have a clue, I must admit. I am not into that program whatsoever. I watch American shows like Sons of Anarchy, Walking Dead, Dexter. I don't know what the craze is, I can't see it myself. I never kind of drew me in to watch it. You guys love it, though. Everyone is writing about it, even Scott Ian from Anthrax tweeted, saying he saw the new episodes when in the U.K. I don't know but I am not that into it. No one in the band is. We're all into Breaking Bad.

Watch 'The UK's Downton Abbey' Becomes a US Hit' Video

It's absolutely crazy. I feel so bad for his bandmates. They were just about to tour, but it kinda shocked me. I saw the magazines in the U.K. speaking about it, thinking, like it can't be true, and it got bigger and bigger, so it must be really serious. It could be the end for them, which is sad. It's massive.

Do you have any non-music skills or hobbies that you want to tell us about?

I play a lot of sports. I like to play football and rugby. In the winter, I am into chilling out and watching TV. I am good at making cocktails.

Cocktails, eh? Which is your favorite to make?

I like to drink anything really. When I was in America, I was drinking PBR. That's what we get when we are in a band, it's cheap. 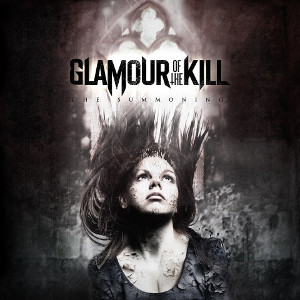