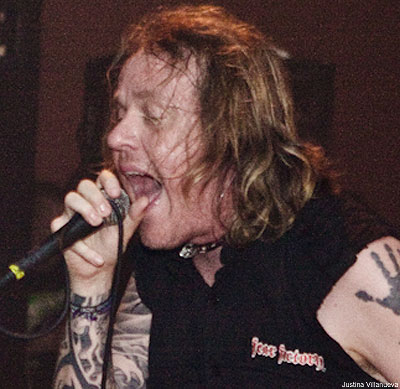 Located 30 minutes south of Washington, D.C., Jaxx is home to many touring metal bands. The venue -- located in a strip mall -- is average sized for a metal bar. The cozy atmosphere made it the perfect venue to watch Fear Factory, who passed through with Prong, Silent Civilian and Thy Will Be Done on June 3.

"Hello northern Virginia! Is everybody out there having a good time? Say yeah. Say hell yeah. That's what I'm talking about!" frontman Burton C. Bell said to get the crowd even more amped than they already were.

Thy Will be Done vocalist J Costa spent most of his time headbanging and singing from the back of stage left during Fear Factory's set. Meanwhile Bell worked the front of the stage, standing on a monitor every so often. He also got the crowd involved for 'Smasher/Devourer' and a couple of other classics. Fans' heads windmilled so fast they almost fell off. People were piled on so close to the stage that Bell had to help crowd-surfers make their way back into the crowd. 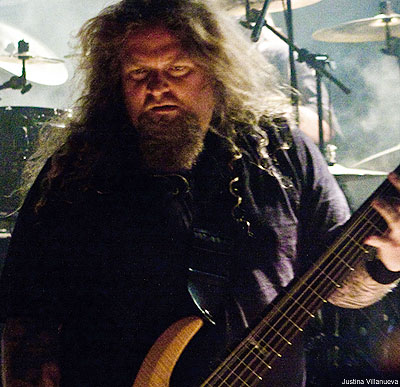 "I like being up close to you guys. I really do," he said. "It's been a long time since northern Virginia has seen Fear Factory."

Guitarist Dino Cazares was not miked, but he still sang all the lyrics to most of the songs.

Someone lost their keys on the stage. Bell gave a description of what they looked like before realizing, "S---, that could be anyone here!"

The Fear Campaign Tour 2010 continues on through mid June. Be sure to check out their latest release, 'Mechanize,' out now on Candlelight Records.