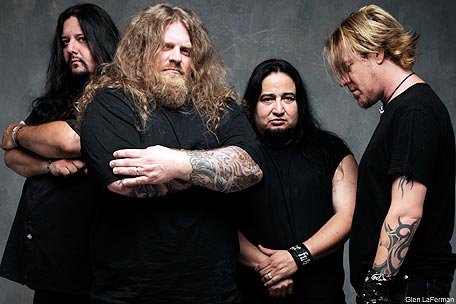 'Powershifter' was the first song debuted for 2009's 'Mechanize,' fueling chatter that Fear Factory had truly returned to form with the reconciled Dino Cazares on guitars and vocalist Burton C. Bell.

But this video is more than just a live documentation; it's actually a fully fan-filmed labor of love captured in London earlier this year. In fact, for 23-year-old video blogger Myles Dyer, the chance to film the band on and off stage for four shows was a dream come true.


"To think that years ago I would be sitting at home watching their DVDs over and over again, dreaming that one day I could see them live! And not only that," Dyer said on his website, "I got to meet them and ... got the go on tour with them ... become actual friends with the guys ... words will never explain how I feel!"