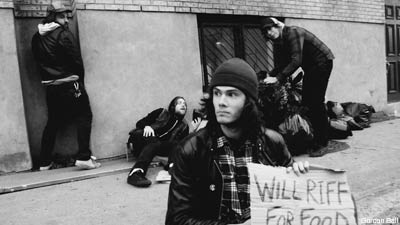 American doom metallers Dark Castle will invade the 2010 version of South by Southwest! You can head to East End Tattoo in Austin, Texas on March 18 to catch them with the Atlas Moth and Barn Burner.

Chronic Youth is a popular Web site that 'celebrates brutal culture,' so it makes sense that the site would host three promising metal acts. In fact, Barn Burner has a new album out on Metal Blade called 'Bangers.' The Atlas Moth will make the rounds at SXSW, playing quite a number of showcases featuring cuts off their new album 'A Glorified Piece of Blue Sky' and Dark Castle will head to Europe after several SXSW shows.

Want to attend SXSW? Badges are required for many parts of the festival, and options are outlined on SXSW's official site. Many concerts are free, so check ahead of time once you've set a game plan.