Back in the early '80s, when what we know now as hardcore music began, no one would have ever expected it to be flourishing the way it is today, decades later. These days, it's not that out of the ordinary to see hardcore bands selling out 1,000 seat theaters, and playing alongside black and death metal outfits. But back in the day, all of this success was the furthest thing on the minds of the genre's pioneers. Back then, it was tough enough to find a club or bar that would even let hardcore bands perform there. Those salad days are behind us now, but respect has to be given to those early acts who etched out a trail for everyone to follow.

While hardcore bands can now be found in every corner of the globe, it's the New York City scene that made the biggest impact on the course of the style's history. What San Francisco was to acid rock, and Chicago was for blues, N.Y.C. was to hardcore. In this top 10 list, Noisecreep has compiled the best New York hardcore albums from those formative years. 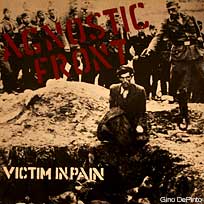 This landmark release finds the future legends delivering their material in a style closer to the punk roots which birthed them than their later material did. The next few Agnostic Front albums had more of that overdriven metal guitar sound that permeated the hardcore scene in the late '80s and '90s. But on 1984's 'Victim in Pain' the band kept things simpler with 'Mr. Lower East Side' himself, Vinnie Stigma, laying down a parade of primal guitar riffs that were the natural extension of what bands like the Exploited and Discharge were doing around the same time. Vocalist Roger Miret delivered his laments of social injustice with the kind of disgust only someone living through it could truly muster. Every hardcore fan should already have this record in their home. 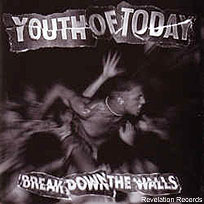 John 'Porcell' Porcelly isn't a name you see too often on Noisecreep, but his guitar tone and style, has been the blueprint for countless hardcore bands throughout the last three decades. Although he's played in many groups in his musical career, it's the stuff he dished-out in Youth of Today that he'll always be best remembered for. Along with frontman and all-around NYHC spokesperson, Ray Cappo, Porcelly recorded some of the most revered records the sound has ever spawned.

The best of these, 1987's 'Break Down the Walls,' offers zero melody but bountiful amounts of fast riffs coupled with Cappo's trademark caterwauling. As a matter of fact, the singer actually sounds like he's going through a nervous breakdown on these songs. He was passionate about the straight edge movement and what it stood for. Cappo lived and breathed what he sang about and his clean and positive lifestyle helped birth what became known as the Youth Crew, named after one of Youth of Today's early songs. You can throw on 'Break Down the Walls' all these years later and the intensity in the work sounds just as vital as it did in 1987. 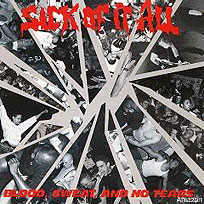 Sick of It All are elder statesmen of hardcore. Since forming in the NYC borough of Queens, way back in 1986, the group has either been in a recording studio or a tour bus. Their discography is filled with gems but it's their debut, 'Blood, Sweat and No Tears,' that holds up as a definitive classic album. From the opening death stomp of 'The Blood and the Sweat' to the closing and best song on the album, 'Injustice System,' the record never comes up for air. Its unrelenting blitzkrieg is anchored by Armand Majidi's airtight drum work. No one can bust a breakdown better than this guy. Sick of It All's never let the public down in the quality control department, but 'Blood, Sweat and No Tears' remains their album to beat. 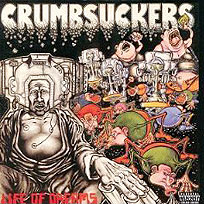 The guys from the Crumbsuckers might have lived on Long Island, but they cut they built their cult status as part of the NYHC scene in the mid '80s. Their later output would fall more on the technical thrash side of the spectrum, but on 'Life of Dreams,' also their debut album, the band fit in perfectly with the rest of the groups they played alongside at the infamous CBGB Sunday matinees. Their short song lengths and fast tempos also bring to mind non-New York bands like DYS and Slapshot. Chris Notaro's gruff and unintelligible vocals border on death metal in parts and bash through the songs like a two ton rhino. This album gets the Noisecreep stamp of approval. 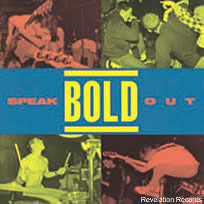 Originally known as Cripped Youth, Bold are revered in the straight edge community like Entombed is in the death metal universe. Their original run only lasted a few years, but 'Speak Out' guaranteed Bold's spot in the hardcore hall of fame. Like Youth of Today, the band was part of the Youth Crew movement and 'Speak Out' song, 'Nailed to the X,' is one of the straight edge scene's most celebrated anthems. What Bold lacked in technical prowess, they more than made up for in sheer energy. Original vocalist Matt Warnke has a revamped version of the combo that occasionally tours, keeping the hallowed songs of 'Speak Out' alive throughout the world.

This classic release from early '88 is rough around the edges in a way that doesn't defy its gritty origins. Warzone lived and breathed what they sang about, much like a rapper from the hood would. Just don't pick 'Don't Forget the Struggle, Don't Forget the Streets' up expecting some hip-hop/metal type of fiasco. The songs here are rooted in punk and oi music styles and they are filtered through Warzone's simple yet effective songwriting approach. Lead vocalist Raymond 'Raybeez' Barbieri passed away in 1997 from complications due to pneumonia, but his work with Warzone still influences younger generations of hardcore musicians. 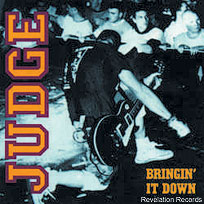 Mike 'Judge' Ferraro might have started out his musical career as a drummer for bands like Youth of Today, but he has the kind of voice that was tailor-made for hardcore. Even though he sounded demonically possessed when he screamed on songs like 'Hold Me Back,' it all sounded strangely natural for the guy. Ferraro meshed well with the group's no-nonsense songwriting and the gritty production on 'Bringin' It Down.' The heaviest of the straight edge bands of the era, Judge's sound can still be heard today in acts like Bane and Paint It Black. 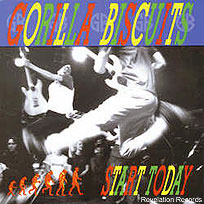 Around 1988-1989, the NYHC scene was starting to get bogged down by younger groups who were more concerned about who could pen the hardest riff than they were about crafting something singular and vital. But then a band calling themselves Gorilla Biscuits came around and things got interesting again. Lead by vocalist Anthony 'Civ' Civarelli and guitarist/songwriter Walter Schreifels (later of Quicksand and Rival Schools), the combo injected much needed freshness into the Big Apple's hardcore community at the time.

On their debut album, 'Start Today,' the sweetened vocal melodies mesh surprisingly well with the driving guitars and drums and instantly get their hooks in you. GB would never get around to making another full-length before they split up in the early '90s, but Civarelli and a couple of the members would go on to form a band called CIV that released two albums a few years later. 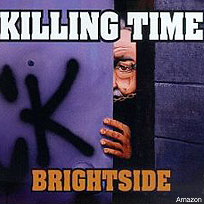 While Gorilla Biscuits embraced their melodic instincts, Killing Time ignored them. The four piece's abrasive and tough guy sounding hardcore was a direct reflection of their urban surrounding. It's impossible to listen to 'Brightside' and not hear the New Yawk accent in Anthony Comunale's vocals. But where lesser frontmen would have been weakened that attribute, Comunale's commanding presence in the vocal booth makes his accented delivery another weapon in Killing Time's arsenal. Regarding the music, 'Brightside' is chockfull of one thrilling moment after the other. The economy in their writing proves the band knew their biggest strengths were Comunale's assertive vocals and Carl Pocaro's chunky guitar riffs. Co-producer and engineer Tom Soares's punchy mix brings it all home. Killing Time is coming back with a new album, so don't say Noisecreep didn't warn you. 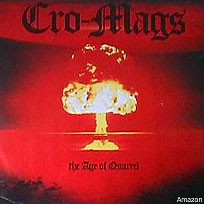 Cro-Mags looked more like a street gang than an actual band in the press shot that was featured on the back of this, their debut album. This was one of those cases where the music was as intimidating as their tough image promised. For starters, 'We Gotta Know' still stands as one of the best opening songs on a hardcore, and for that matter, a metal record, we've ever had. The open ended riffs in the beginning of the track give enough of an opening for Mackie's drums to carry the rhythm, and the result whenever the Cro-Mags play the song live is the NYHC equivalent of a human tornado. And that's just the first part of the song!

The rest of 'The Age of Quarrel' is no less threatening. Songs like 'World Peace,' 'Street Justice' and 'Signs of the Times,' are standards in the scene. John Joseph's authoritative vocal jabs and off-kilter cadences also deserves a lot of the credit for the album's brilliance. Noisecreep caught Joseph's current version of the band and he sounded as pissed off and focused as he did on this recording.