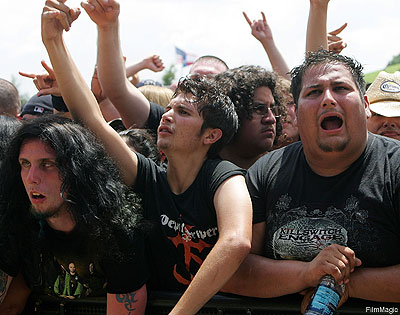 The status of Ozzfest may be up in the air right now, but the formerly annual tour was a breeding ground and one-stop shop for the best, brightest and oftentimes most fleeting acts in metal. The fest's alumni list reads like a 'Who's Who' of hard rock, with everyone from Black Sabbath to Queens of the Stone Age to System of a Down to Meshuggah to Hatebreed (known for inciting circle pits around the soundboards) have performed at Ozzfest. Here, we take a look back at some of the most memorable moments in Ozzfest history, in no particular order. Some are happy; some sad; many are beer-soaked. But they are all part of our horns-up cultural fabric. 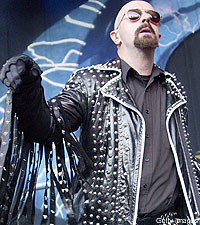 Rob Halford Steps In for Ozzy (2004): At the Philadelphia/Camden stop of Ozzfest 2004, Ozzy Osbourne fell ill and couldn't perform with Black Sabbath. Rather than cancel, Sabbath recruited Rob Halford of the reunited Judas Priest to lend a helping voice. It was a once-in-a-lifetime moment where 'you had to be there!' If you were there, like this writer was, you were part of history. If you weren't, sucks to be you! 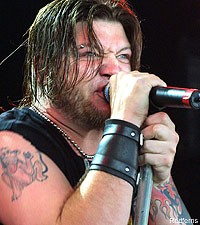 Drowning Pool Singer Dave Williams Dies (2002): While enjoying a plum main stage spot on 2002 Ozzfest, tragedy struck Drowning Pool, as 30-year-old vocalist Dave Williams was found dead in his bunk on the band's bus in Virginia. Drugs and life on the road were not the cause; rather, autopsy results revealed that Williams suffered from cardiomyopathy, a heart muscle disease, which restricts blood flow. He is sorely missed to this day, but the band has carried on. 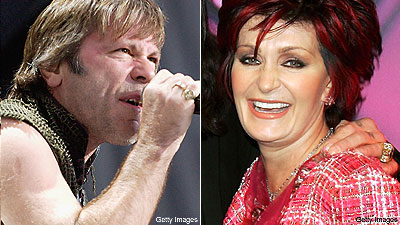 Iron Maiden vs. Sharon Osbourne (2005): During the '05 fest, things got ugly between Bruce Dickinson and Ozzy's missus/Ozzfest organizer, Sharon. During one of Maiden's high-octane performances, power was cut, crippling Dickinson's mic and the band's amps. When power came back, Dickinson blamed organizers for deliberately disrupting their set, also dissing Ozzy's use of a teleprompter and his reality series! Big mistake to pick a fight with the Ozzfest's mama bear, since Sharon eventually launched a verbal tirade in the press. She admitted to cutting the PA. Claws were bared and all metal eyes remained fixed on this drama. 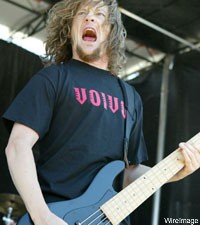 Jason Newsted and Mike Bordin Serve as Ozzy's Rhythm Section (2003): He may have left Metallica two years prior, but bassist Jason Newsted pulled double duty during his Ozzfest stint. He had since joined Voivod, who co-headlined the side stage in '03, giving a new generation of kids a dose of a classic metal band before heading over to the main stage to jam with Ozzy every night. Faith No More drummer Mike Bordin was also on stage with Ozzy and Newsted, representing one of the Ozzman's best live lineups ... ever. 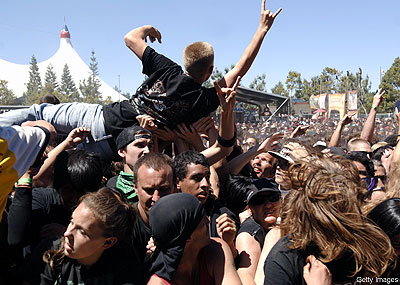 Club Filth (2003): When Ozzfest was at its apex in '03, booking some of the heaviest-cred bands on the side stage and enjoying two-night stints in the metro New York City area, Detroit and suburban Boston, things were popping after dark at Club Filth, which is the prime example of the "summer camp for metalheads" vibe that Ozzfest fostered. "Cradle of Filth would bring their lighting from their off dates and set up the stuff in the center where buses parked," ex-Unloco vocalist (and current Anew Revolution singer) Joey Duenas told Noisecreep. "The lights looked like a bonfire, and there was a DJ. It was Club Filth any time there was a two-day." 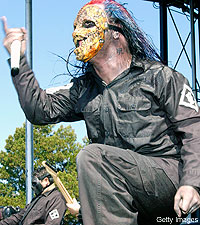 Slipknot Headline the Side Stage (2004): In theory, the side stage isn't big enough to contain the nine-headed beast that is Slipknot. Sure, the band performed there in 1999 on its self-titled debut and eventually graduated to main stage performances, but when 2004's 'Vol. 3: (The Subliminal Verses)' was released, the 'Knot kicked it old school and erupted like a landmine. It was an impossible act to follow for the main stagers and left us wondering how the actual stage structure lived to be performed upon another day. 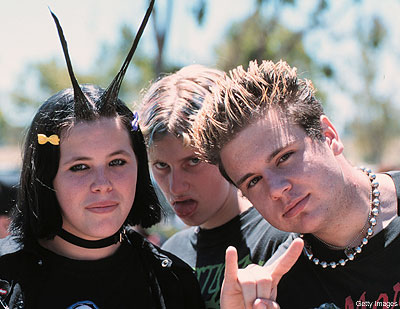 Freefest (2007): 2007's 'Free Fest' may have been the death knell for Ozzfest. With 9 AM start times and outrageous "pay-to-play" fees, the politics of Ozzfest may have caused the tour to be immobilized by Rock Star Energy Drink Mayhem Fest, which launched in 2008 and is embarking on its third year, while Ozzfest remains a once-a-year event. What happened? No one knows for sure. While 'Free Fest' surely had sponsors to offset costs, it never seemed like a good idea, not even at the time.

Two Die at PNC Bank Arts Center in New Jersey (2007): In August 2007, two men died at Ozzfest. Not from violent mosh pits. Not from a day baking in the blazing hot sun. Rather, their deaths were due to drinking and drug use, which is admittedly commonplace at rock shows. But the media elected to spin the story in a different way, making it seem like attending metal concerts is hazardous to one's health. While this was a negative moment, it still shone an intense media spotlight and eventually cast a shadow. People are already looking for reasons to condemn metal shows, and this was just another way to do that. Who knows if the bad press factored into Ozzfest's cancellation the following year? 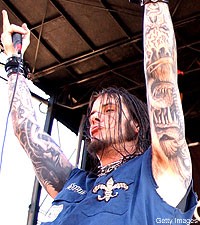 Down Perform on the Side Stage (2002): Pantera were a main stage attraction in 2000, as they supported 'Reinventing the Steel,' which we didn't know at the time would be their final album. Philip Anselmo took to the side stage two years later with Down, proving that you can be one of the most important metal stars on the planet and you can still come down to earth. He also performed on the side stage with Superjoint Ritual two years later. 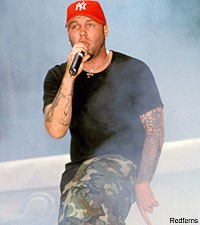 Tool and Limp Bizkit Appear on the Same Stage (1998): Yes, it's blasphemous. But it's also reality. In 1998, art-metal gods Tool performed on the same stage as nu-metal mooks Limp Bizkit, who were prone to butchering Tool's 'Opiate' on their own tours! I'm surprised the stage didn't spontaneously combust at such a sacrilege, but it was a sign of the times and of the future of Ozzfest.

Ozzfest always paired the mainstream with the extreme, and the early '00s lineups would be marked by here today, gone tomorrow nu-metal acts like the "no one is really asking whatever happened to" Twisted Method and Grade 8, as well as mid-decade genre-definers like Killswitch Engage, Shadows Fall and Lamb of God. Ozzfest always had its finger on the pulse of a scene. On a side note, yours truly even stood next to Durst, fire engine red backward Yankee cap and all, at the PNC Bank Arts Center show, as he watched Tool. We were both singing every single word. 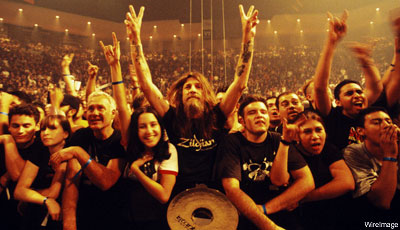 In honor of our top 10 Ozzfest moments list, we spoke to a few Ozzfest alum about their favorite memories. 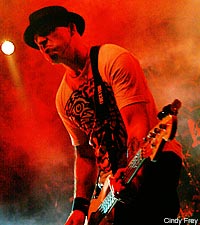 Alan Robert of Life of Agony, who played the third Ozzfest, recalls hanging out with Jack and Kelly Osbourne when they were young tykes. "They were just kids back in '98," Robert told Noisecreep. "Jack watched our set most days. He was really tight with [then-singer] Whit Crane. They had their own bus with the latest happenin' game system. It really was rock 'n' roll summer camp.

"I also remember waiting on long-ass pay phone lines with members of System of a Down and Incubus. We all played the second stage together -- because cell phones were pretty much nonexistent or the size of an army ham radio. All in all, it was a great time. Especially with Snot on the bill. We had a blast with those guys wherever we went." 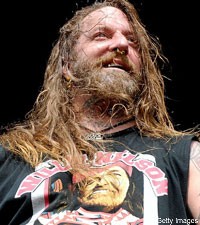 DevilDriver/Coal Chamber vocalist Dez Fafara has appeared on almost as many Ozzfests as Ozzy himself. "Ozzfest is the original heavy music festival," Fafara told Noisecreep. "Every other festival out there in the USA is just an imitation of what Ozzfest created. Ozzfest has given and continues to give bands starting out a fighting chance at exposure as well as giving established acts a venue in which to continue cultivating fans.

"I myself have done Ozzfest more times than anyone besides the great Ozzy himself and have the time of my life every time! It's summer camp for musicians, a festival where bands are taken care of and fans are shown the times of their life. So many bands, so many meet and greets, so many booths and exciting things to do. It's a metalhead's day out."

The aforementioned Joey Duenas also recalled this Ozzy-riffic memory, saying, "Me and [Disturbed guitarist] Dan [Donegan] drank beers and hung out a lot. On the July 4 weekend in L.A., Zakk Wylde walks up to us and said, 'It's 20 minutes until go time.' But he still invited us to hang with him. So it was me and Dan, hanging out with Zakk, Jason Newsted and Mike Bordin."

It was basically everyone performing with Ozzy, with the one main guy missing. For a moment. Duenas continued, "Suddenly, over my shoulder, I feel this presence, like there is a disturbance in the force -- and it's Ozzy, looking at me. He basically said, 'My house is your house' and I was watching as he was discussing the set list and what to get Sharon for their anniversary! Zakk was there saying, 'Get Viagra and teach her a lesson!'"

Oh, Ozzfest. We miss you.