Thirty Seconds to Mars have just premiered their video for "Up in the Air." The song will appear on the band's fourth album, Love, Lust, Faith + Dreams, which hits stores on May 17.

A CD copy of "Up in the Air" was sent to NASA and SpaceX for launch aboard the Dragon spacecraft on SpaceX CRS-2. The Expedition 35 crew aboard the International Space Station have played the track. "Up in the Air" is the first ever commercial copy of music launched into space

The band will be in Florida tomorrow (March 1) to witness the launch of the SpaceX cargo mission to the International Space Station. The Falcon 9 rocket carrying a Dragon cargo capsule will lift off at 10:10AM ET from the Space Launch Complex 40 at Cape Canaveral Air Force Station. Inside the capsule will be 1,2000 pounds of scientific experiments, cargo and a copy of "Up in the Air."

Watch 'Up in the Air' Video 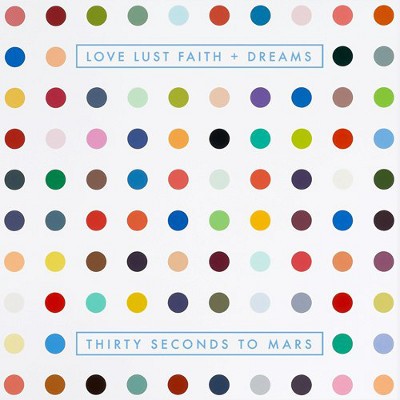 Filed Under: thirty seconds to mars, ThirtySecondsToMars
Categories: News, Videos
Comments
Leave A Comment
10 Rock + Metal Tours From 2002 We Wish We Could See Now
10 Bands Who Broke World Records
Rock Stars Celebrating Birthdays in December
Rock + Metal Artists With the Most Top 10 Charting Albums
30 Seconds To Mars’ Emotional New ‘Do or Die’ Video Turns Spotlight on Fans
Five Finger Death Punch Bassist Chris Kael Disses 30 Seconds to Mars Over Meet + Greet Behavior
30 Seconds to Mars, ‘Up in the Air': Group to Launch New Single in Space…Literally
Judas Priest Will Actually Be Performing at Rock and Roll Hall of Fame After All
When Slipknot Were Held at Gunpoint By Police + More Things We Learned During Corey Taylor’s AMA