30 Seconds to Mars are launching a new single titled "Up in the Air" in space, literally. It's not just a pun on the song title or even the band's planetary moniker. The band will be in Florida tomorrow (March 1) to witness the launch of the SpaceX cargo mission to the International Space Station. The Falcon 9 rocket carrying a Dragon cargo capsule will lift off at 10:10AM ET from the Space Launch Complex 40 at Cape Canaveral Air Force Station. Inside the capsule will be 1,2000 pounds of scientific experiments, cargo and a copy of "Up in the Air."

If you want to watch Thirty Seconds to Mars head for the stratosphere, well, you can do so here. Let's hope that the launch isn't postponed, as is often the case with spaceships.

This is not just a one-off publicity stunt engineered by Jared Leto and his bandmates, and their team. The band will keep the space theme going by visiting Mission Control Houston to engage in a Q&A with Tom Marshburn, one of the space station astronauts. It is slated for March 18 and it will be broadcast online. More details will be made available regarding the Q+A here.

"Up in the Air" will be digitally available on March 19.

The song will appear on the band's fourth album, due out this year. It's the follow up to This Is War. 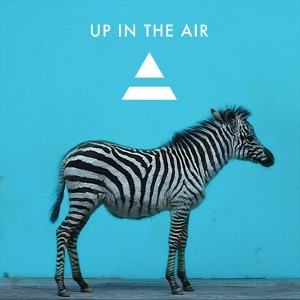