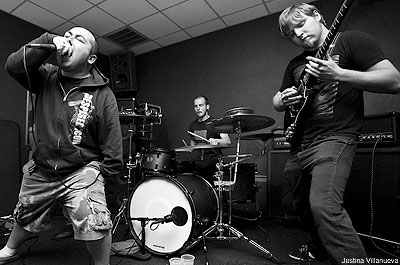 For many bands who tour the DIY route, finding a place to rest your head at night can either be a really fun challenge or an anxiety-ridden horror. Tech metallers the Crinn find it much easier to camp out after shows, rather than look for hotels or even to ask fans for a place to crash.

"You know, as much as we love spending time with strangers who give us there three feet of floor space and partying with crazy people all the time, you come to a point where you never know what messed up thing might happen that night. So the camp site just comes in handy to relax and take everything in for a bit," frontman John Nelson told Noisecreep. 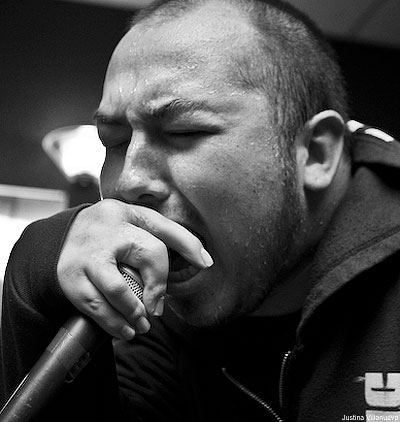 The band finds the most convenient camp site according to their plans for the day. There have even been occasions where the band had set up their tents before a show. That way, after a show they are completely at ease.

"We generally pick out the closest and cheapest place to the venue, by looking at a map. I know, we're old school," Nelson said.

While he doesn't consider himself a camping expert, the vocalist recommends getting to the site's restrooms before dawn strikes. "I think the reasons are pretty clear," he added.

Be sure to check out the Crinn's latest release on Nuclear Blast Records called 'Dreaming Saturn.'