Some people have called the sole LP released by Road in 1972 a ham-fisted and over indulgent piece of wanna-be super group plop.

As you would have guessed, I am not one of those people.

Who knows what illusions of grandeur danced in the heads of the folks who ran Natural Resources – a very sub-subsidiary of Motown Records – when they put Noel Redding (bass player of the Jimi Hendrix Experience), Rod Richards (guitarist for Caucasian funkateers Rare Earth) and Stray Dog drummer Leslie Sampson into the studio. Perhaps they envisioned a successful supergroup along the lines of Blind Faith or Crosby Stills, Nash & Young. Sadly, that was not the circumstance.

The sole LP released by Road was both a critical and financial turkey at the time of its release. Rock writers railed on Richards for trying to resurrect the spirit of Hendrix with the excessive use of his wah-wah pedal and bashed Redding for what they considered his lack of songwriting skills. Once the word got out, copies of the record still in the factory shrink wrap were dollar bin fodder in stores for years to come.

Far away from the harsh words of yesterday's journalists, the record can now be acknowledged as one of the many seeds planted in the early 70's that spawned the dark, menacing sound and vibe of what would be known as Metal in a few years. One earful of the bludgeoning title track alone should prove this slab's worthiness into the heaviness hall of fame.

Screw all those James Taylor-loving critics of the '70s. Let's make up for their mistakes by admiring the fury of Road's lone release in the here and now with much fervor. 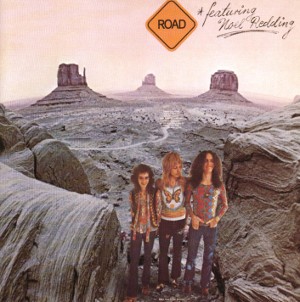 Follow @Noisecreep on Twitter | Like Us on Facebook | Sign Up for Our Newsletter
Filed Under: noel redding, NoelRedding, road
Categories: News
Comments
Leave A Comment
Judas Priest Will Actually Be Performing at Rock and Roll Hall of Fame After All
When Slipknot Were Held at Gunpoint By Police + More Things We Learned During Corey Taylor’s AMA
Corey Taylor Reveals Which of His Slipknot Masks Is His Favorite in Reddit AMA
Study Suggests Straight Male Extreme Metal Guitarists Are Trying to Impress Other Straight Men
Ronnie Radke Calls Out Eddie Trunk Over Missing Laptop Comments, Sebastian Bach Fires Back
Co-Director Didn’t Want Ronnie James Dio Documentary to Feel Like a Wikipedia Entry
Slipknot’s Corey Taylor Reveals the Job He First Wanted Before Becoming a Musician
Judas Priest Has 40th Anniversary of ‘Screaming for Vengeance’ on Mind for Fall Tour
Where Is Iced Earth’s Jon Schaffer? D.C. Attorney General Still Searching for Guitarist