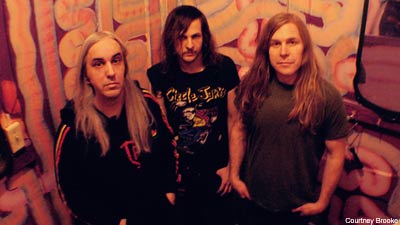 Inspired in reaction to the mainstream media's coverage of Woodstock's 40th anniversary, the fest's organizers have chosen to spotlight important rock offshoots such as prog rock, experimental psych, kraut rock and stoner rock alongside the equally impactful artwork surrounding the scenes in San Francisco, citing that, "It all started here -- long before the masses passed out and latched onto Woodstock."

Giving further insight into this upcoming event, Tee Pee Records' Steve Dolcemaschio tells Noisecreep, "Dave Sweetapple from Witch and I were discussing where we could do another Manifest Destiny type of event for this coming fall. San Francisco-based poster artist Alan Forbes is a fan of the label [and Witch] and has collaborated on quite a few projects with Tee Pee artists. The idea came up to do an event in San Francisco, and we decided to collaborate with his art collective Secret Serpents on the show."

Advance Tickets will go on sale Sept. 27, via the Secret Serpents Web site.