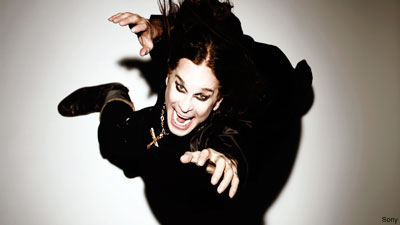 Before June 11, the world record for loudest scream was held by a group of Finnish Scouts and was measured at 127.2 dBA. The shouting was recorded on the grounds of Toivala's Metsäkoulu, Siilinjärvi, Finland on April 16, 2005. On June 11, during the fifth inning of a game between the Los Angeles Dodgers and the Los Angeles Angels of Anaheim, Ozzy Osbourne convinced the stadium crowd of 52,000 to scream louder than that pack of Boy Scouts.

The event was called Scream for the Cure!, which was part of the stadium's ThinkCure! Weekend, an effort to raise money and awareness in the fight against cancer. Last year, the event brought in more than $50,000. This year, at the very least, it achieved a new world record.

Osbourne entered the Dodgers' Stadium field with Stuart Claxton of Guinness World Records, who measured the length and intensity of the crowd's screams. "OK, when we start the countdown from 10 to one, I want to hear you all shout, scream!" Immediately the crowd reacted, and Ozzy shouted, "Start the clock." Instantly, the Jumbotron was turned into a 'Scream Cam' and about two minutes later, the record was in the books and Ozzy received a certificate that read, "The Guinness World Record led by Ozzy Osbourne for the longest scream by a crowd was broken at Dodger Stadium in Los Angeles, California, U.S.A. on June 11, 2010."