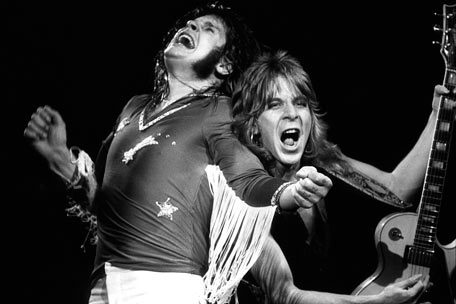 By 1980, Ozzy Osbourne had already secured his place in the annals of heavy metal history because of his days fronting the almighty Black Sabbath. After being fired from the band in 1979, Osbourne found himself at a crossroads in his still-early career. After a brief period of self-exile, the singer re-emerged under the management of his then-girlfriend and future wife, Sharon Arden, and new, white-hot guitarist named Randy Rhodes.

The two studio albums that Rhodes and Osbourne would eventually record – 1980's 'Blizzard of Ozz' and 1981's 'Diary of a Madman' – would go on to become the most important and revered records of the Ozzman's career.

On May 31st, Legacy Recordings will be reissuing special editions of both 'Blizzard of Ozz' and 'Diary of a Madman.' Noisecreep is thrilled to have the world premiere of the long form trailer for both releases.

For serious fans and collectors, a limited edition 30th anniversary box set houses the restored and remastered vinyl and CD editions of both albums, plus the 'Ozzy Live' compact disc. Beyond the music, the box set includes a variety of exclusives including an expansive 100-page coffee table book, a two-sided wall-size poster, a detailed full-size replica of Ozzy's iconic gold cross that he has worn for 30 years, and the 'Thirty Years After the Blizzard' DVD.

'Thirty Years After the Blizzard' chronicles Ozzy's years with Randy Rhoads and features previously unseen footage of Ozzy and Randy filmed in 1981 & 1982. The DVD incorporates rare archival photos and films, along with new revelatory interviews with Ozzy and Sharon Osbourne, Lemmy (Motörhead), Steve Vai, Nikki Sixx, Rob Halford, Zakk Wylde, Bill Ward and more. The DVD also contains over 70 minutes of additional rare live performances and interviews. Included is the premiere of more than 30 minutes of newly-discovered unreleased footage of Ozzy and Randy from the Blizzard of Ozz tour, shot from the front of the stage at New York's fabled Palladium on May 2, 1981.

Buy the 'Blizzard of Oz' and 'Diary of a Madman' reissues
Filed Under: Ozzy Osbourne, OzzyOsbourne
Categories: News
Comments
Leave A Comment
Back To Top