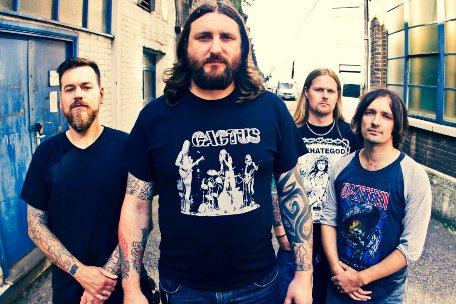 Do you want to go behind-the-scenes on the set of a killer heavy metal video? Okay, then come with Noisecreep and Orange Goblin, as we exclusively share the "making of" documentary of the band's video for 'Red Tide Rising.' It's certainly going to get you psyched for the actual vid, which is set to premiere a few weeks down the road.

The clip is loosely based on H.P. Lovecraft stories and was shot in a series of creepy, spooky, rundown buildings, which are fitting backdrops for the UK band's sludgy music. You'll feel like you are on set with the band, as the director explains his vision. You effectively get a bird's eye view of the creative process.

'Red Tide Rising' will appear on 'A Eulogy for the Damned,' Orange Goblin's seventh studio album, which drops next month.

Watch the Making of the 'Red Tide Rising' Video

We're also exclusively premiering the first image of this thoroughly awesome and collectible poster that comes with the pre-order combo pack. If you order the record early via the webstore, you will get this customized poster designed by Jimbob Isaac, who did the album's artwork too!

The poster is printed on 100lb poster stock and is 18x24 inches in size, making it suitable for framing at your home, office, man cave or whatever room to which you retreat to bang your head and have your state of consciousness altered by Orange Goblin's thick and hazy grooves.

The poster is only available as part of the pre-order and once they are sold out, that's it. You'll likely have to shell out lootcakes on eBay to snare one.

Enjoy this first look at the poster! 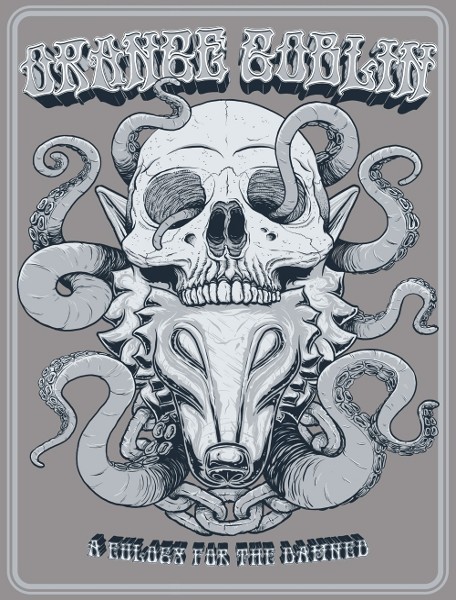 Orange Goblin's 'A Eulogy for the Damned' will be out Valentine's Day 2012.