The Deluxe Edition of Above is a three-disc set comprised of two CDs and one DVD. It includes the original studio album and a ton of extra goodies including previously unreleased tracks from the band's unfinished second album with new lyrics and vocals by Mark Lanegan (Screaming Trees), full audio plus the first official DVD release of Mad Season's last show ever performed - Live At the Moore, an unreleased full concert video of the band's New Year's Eve performance from now-defunct Seattle club RKCNDY, a full-color collector's booklet and more (full details below).

A limited edition, double-LP, 12-inch version of Above will arrive in stores on April 20 as part of Record Store Day 2013.

Noisecreep got its hands on a stirring version of "River of Deceit" taken from the RKCNDY performance and you can check it out below.

'River of Deceit (from RKCNDY)' Video

The Deluxe Edition of Above is out now! 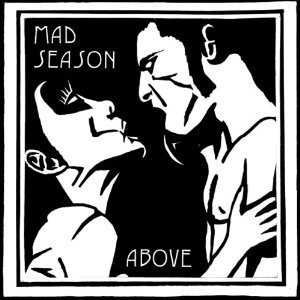 - I Don't Know Anything

- Slip Away (Lyrics/vocals by Mark Lanegan)

-Includes "Wake Up" "Artificial Red" "I Don't Wanna Be A Soldier" "I'm Above" (featuring Mark Lanegan).

-Full video set of the Live at the Moore performance from Seattle, Wash. performance, April 29, 1995. Remixed and remastered for 5.1 sound, and newly edited by director Duncan Sharp.

-Plus, more bonus footage, including a full concert of the band's performance from New Years Eve 1995 at RKCNDY in Seattle, and both performances from the Seattle-based Self-Pollution Radio specials, one newly edited.