On Sept. 11, the band released a Deluxe Edition of We're Here With You, their sophomore record, which features 10 bonus remixes by Polar Moon, Battle Tapes, Craig Williams and more. Julien-K is currently promoting the album with a European tour where they are being joined by Mindless Self Indulgence.

In this Noisecreep video exclusive, we're excited to bring you a blistering performance of "Surrounded by Cowards," a song off of We're Here With You.

"One of the things we have enjoyed the most in Julien-K is how many different styles of music our material seems to work with and how many different amazing bands we have been able to play alongside," says Shuck of the band which now also features keyboard, bassist, and long time co-collaborator Anthony "Fu" Valcic, and drummer Frank Zummo. "Most of my favorite bands can play almost any festival anywhere in the world because their music connects with people that much - its an amazing phenomenon and that's what we strive for." 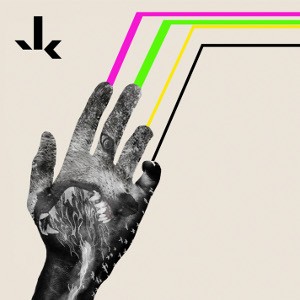 Pick up a copy of the Deluxe Edition of We're Here With You on iTunes and Amazon.