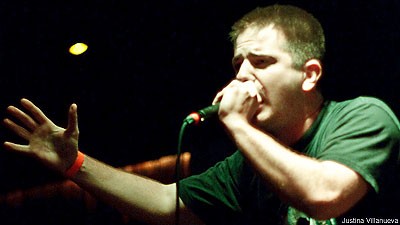 While most reviewers of Disaster Strikes' 'Liberty Toast' were impressed by the subject matter and a guest appearance from former Dead Kennedys frontman and Alternative Tentacles label owner Jello Biafra, the more exciting fact about the album -- at least to this writer -- is that the punk album was recorded by metal musician and producer Steve Austin (Today Is the Day).

"Steve Austin is an awesome dude and friend. We are all fans of Today Is the Day to varying degrees," Disaster Strikes frontman J.R. Strikes told Noisecreep.

According to Strikes, Austin remained patient throughout the recording process -- despite the band wanting to experiment. "We brought in lots of friends to help -- not just with vocals, but instruments, too -- and that made for a long and sort of crazy process," he added. 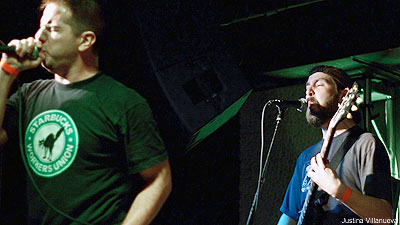 The band's current line-up is different from the 'Liberty Toast' line-up -- whom weren't prepared to go in the studio. "At the time of that recording, as a band we were disorganized heading into the studio. [Austin] really pushed us to focus and get the job done and was totally patient with all of our insane ideas."

"I've learned a lot from his discipline as a musician, and as a result we are more organized in our production now."

Disaster Strikes will release a split with Rentokill (Austria) and tour the States throughout June and July. Today Is the Day will play Aug. 28 at the Amphetamine Reptile Bash in Minneapolis.