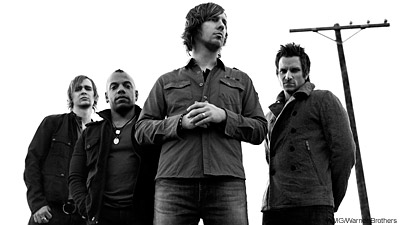 Hard rockers Cavo have returned with a new video for the power charged song 'Let It Go' -- a song that band told Noisecreep back in August was a founding part of the EP the band shopped around and eventually led to getting them signed. This third single from last year's 'Bright Nights Dark Days ' was directed by Nobel Jones (Disturbed, Sevendust), which just having the opportunity to work with Jones was an experience the band described as "surreal."

Many should already be familiar with anthemic ballad of 'Let It Go' as not only has the song become a stapled fan favorite at shows but also the song was featured in last summer's blockbuster film 'Transformers: Revenge of the Fallen.'


The four Missourians have been flying high since the release of 'Bright Nights Dark Days' by way of not taking a break from the road or the stage. Currently they are on tour with Daughtry and Lifehouse.