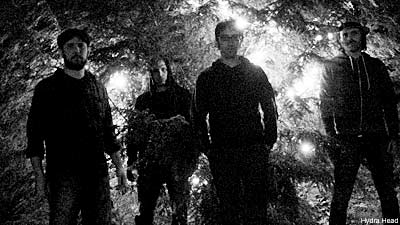 Massachusetts-based post-hardcore/post-metal stalwarts Cave In are not only back, but unleashing their previously limited-released, vinyl-only comeback EP on CD along with a bonus DVD.

After the band declared a hiatus in 2006, 'Planets of Old' came as a surprise to the Hydra Head band's dormant fans and was well-received to critical acclaim, dubbed "wholly impressive" and "not only a welcome respite after four years of silence, but an intriguing glimpse of what may come next."

In addition to the EP/ DVD set for a January 2010 release, Cave In, as previously reported, are currently underway on the east coast run of their mini-reunion tour, stopping in New York City Nov. 19 with Trap Them and Narrows.

Download Cave In Songs
Filed Under: cave in, CaveIn, Narrows, trap them, TrapThem
Categories: News
Comments
Leave A Comment
Back To Top