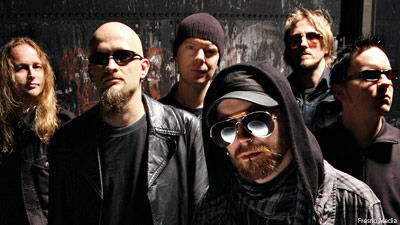 Barren Earth bassist Oppu Laine recalled the alternate, super fun way he spent his time at February's Helsinki Metal Meeting, a gathering, that is a meeting of metal minds and industry gurus from all parts of the world, despite being held in Finland. Barren Earth played a show at the summit and it turned out to be a good f---ing time, not a self-congratulatory convention.

"Well, Sami and myself went over there, did a couple of interviews and drank few beers," Laine told Noisecreep. "We didn't have a chance to check out any bands. Good thing was that I met loads of old friends there, like Tomi Koivusaari from Amorphis."

Laine continued, "We escaped from the venue and went for drinks to the crappiest pub nearby. That was a alternate, mature way to celebrate the Finnish metal expo!"