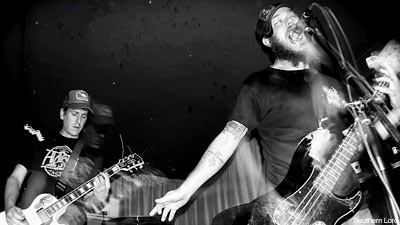 The almighty Weedeater have confirmed their presence for this year's South by Southwest festival/convention in Austin, Texas. The band will be bringing their fuzz and sludge alongside Rwake for the Tone Deaf showcase on March 20.

The last time we heard from Weedeater was earlier in the year when frontman Dave Collins shot off one of his big toes while cleaning his favorite shotgun. According to a statement from the band, Collins, who also plays bass, is staying rested and "only drinking half as much bourbon as usual so that he is healed in time for Weedeater's hobbled yet glorious return to the live arena."

Their thunderous return to the stage will begin on March 12 with bands like Black Cobra, ASG, Black Tusk, the Gates of Slumber, US Christmas and Struck by Lightning sharing in on the fun for select dates. In honor of Collins recent accident, the tour is being called the Nine Toe Tour.

At April's end, Weedeater will be heading into Electric Audio Studios to record with Steve Albini for the their next Southern Lord opus, 'Jason ... The Dragon.' The band declared, "Much thanks to master Steve for letting a bunch of crazy, dirty, toeless, gun-toting hillbillies back into his pristine studio so we can scuff up the floor and bang a bunch of his pots & pans together so as to call it 'music.'"