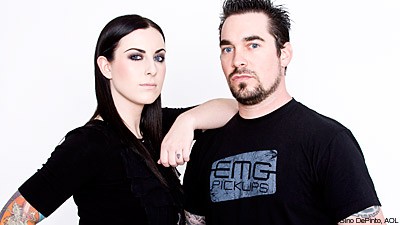 We never in a million years thought we'd have an 'American Idol' contestant as a guest on the ''Creep Show.' It's just a reality that most Idols aren't metalheads' cup o' tea. That was until We Are the Fallen singer Carly Smithson walked into our studios.Smithson has traded pop culture/reality show super stardom for the rock 'n' roll world stage in her new band, which also features guitarists Ben Moody and John LeCompt, formerly of the gazillion-selling, female-fronted radio hit maker, Evanescence. (Astute 'Creeps already know that Living Sacrifice drummer Rocky Gray is also in We Are the Fallen!)

When Smithson and LeCompt dropped by for a chat, the pair were ready, willing and able to discuss the gamut of topics and fielded every question we lobbed their way. Smithson gave us the skinny on 'Idol' life -- yes, Simon really is that mean and that contagious illnesses like colds run rampant backstage.


LeCompt wasn't shy about discussing an embarrassing header he took onstage in Houston and neither dodged questions about being compared to Evanescence, due to Moody's and LeCompt's pasts and the fact that Smithson shares her hair and eye color with Evanescene's Amy Lee.

We Are the Fallen are currently on tour with HIM and Dommin, and their debut, 'Tear the World Down' is in stores now. 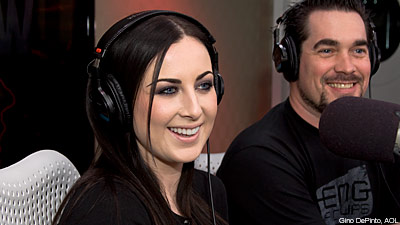 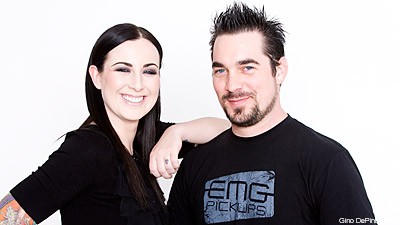