Guy Kozowyk, singer for metal band The Red Chord and owner-operator of Black Market Activities, a record label, is now a New Hampshire cop and a member of the long arm of the law. Congrats, Guy! Be careful out there, protecting and serving! See photos of him being sworn in here.

The first date of Zakk Wylde's acoustic tour is set for this Sunday, April 21 at the Independent in San Francisco. The show begins at 8:30PM PT and if you aren't located in the Bay Area and can't be there, well, you can still partake in the fun and watch the live stream online. Stay up past your bed time (if you are on the East Coast and beyond) with Zakk, SDMF-style! Find out everything you need to know here.

The Canadian Post has created a stamp to honor Rock and Roll Hall of Fame inductees Rush as part of their Canadian Recording Artist stamp series. "This year's series features Canadian bands that have shaped the music industry in Canada," said Jim Phillips, Director of Stamp Services for Canada Post. "Each band has achieved national acclaim, along with international radio air-time and extensive tours." That sounds like Rush. The stamp is available in July. See it below. 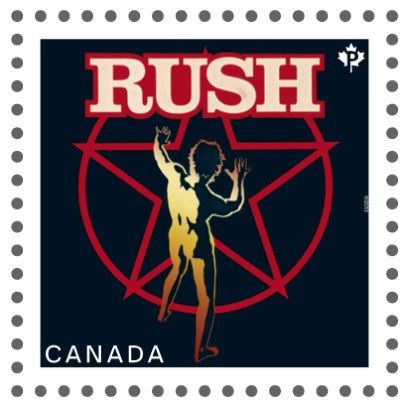 Age of Days have release new album Radioactivity. Want a taste of the release? Check out the the lyric video for "Now or Never" below. The song features former My Darkest Days guitarist Sal Costa and Hinder's Cody Hanson.

Free and Bad Company vocalist Paul Rodgers and Deborah Bonham held their annual charity concert (in its third year) to benefit animal causes on March 30. This year's event raised an all-time high of $83,160, which will be distributed to Willows Animal Sanctuary in Aberdeen, Scotland, Mount Noddy Animal Centre & The Cat and Rabbit Rescue Centre both near Chichester, England.

Rodgers actually performed a 90-minute set of songs from just his Free catalog, some songs of which had not performed in 40 years. This was Paul Rodgers only U.K. concert in 2013.