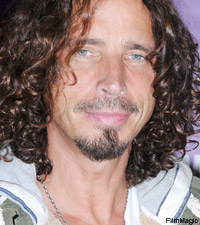 The rumors have started about 2010's Lollapalooza, and they've got the recently reunited Soundgarden co-headlining the three-day event. Some reports are claiming that Soundgarden will share the honors with Green Day and Lady GaGa when Lolla takes over Chicago's Grant Park Aug. 6 through Aug. 8.

Soundgarden announced earlier this year that they'd be getting back together after a 12-year hiatus, most likely for a series of reunion gigs. There has been no official talk yet of another Soundgarden record, and the band has not officially confirmed their expected appearance at Lollapalooza ... yet.

Lollapalooza's promoters don't typically reveal the festival's lineup until spring, but it almost always leaks before the official announcement, and usually by one of Chicago's daily papers. Rumors almost always start up around this same time each year, and they almost always end up being true. Three more headliners are expected to be on the lineup when the official Lolla announcement has made in the coming months.

Soundgarden was reportedly in negotiations with several festivals, but that has yet to be officially confirmed or denied. There are also questions revolving around former Soundgarden drummer Matt Cameron, who now plays with Pearl Jam, who have several live commitments lined up already for this spring and summer.