On Nov. 27, the musical minds at Legacy Recordings will be issuing Rage Against the Machine - XX, commemorative 20th anniversary editions of the self-titled debut album by the groundbreaking Los Angeles band.

Originally released in November 1992, Rage Against the Machine, the band and the album, sounded like nothing else on the musical landscape at the time. The combo melded everything from metal, hip-hop, reggae and hardcore, into a lethal combination that has been copied since countless times, but never improved upon.

In this Noisecreep exclusive, we're bringing you the premiere of the original 1991 demo version of "Bullet in the Head." The song will be featured on the second disc included in the upcoming reissue.

Listen to 'Bullet in the Head (Demo)'

Rage Against the Machine - XX will include new liner notes, penned especially for the band's 20th anniversary by longtime fan and hip-hop pioneer Chuck D. 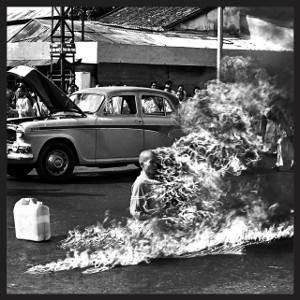 Rage Against the Machine - XX will hit stores on Nov. 27. Pre-order the reissue at www.RATM.com.