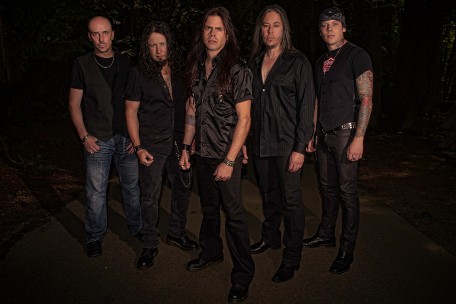 Queensrÿche have just announced that they've signed a new label deal with Century Media for the release of their next studio album. The album is slated for release on June 11 and marks the debut album from the lineup comprised of Todd La Torre (vocals), Michael Wilton (guitars), Parker Lundgren (guitars), Eddie Jackson (bass) and Scott Rockenfield (drums).

The band premiered a snippet from a new song called "Redemption" from the upcoming release on Eddie Trunk's radio show on Feb. 22. A 90-second snippet of the track can be heard below.

"Queensrÿche is excited to begin writing this next chapter of our career with Century Media. Their passion and love for music has been apparent since early discussions and we are pleased to call them partners on this journey," states bassist Eddie Jackson. "We are also thankful for all of the fans who have supported us from day one and helped us get to where we are today. Todd, Scott, Parker, Michael and I wouldn't be here if it wasn't for each and every one of you."

Queensrÿche will also be heading out on their 'Return to History World Tour' this March and April. The tour kicks off on March 5 in Dubuque, Iowa and makes stops in 9 different countries wrapping up on April 26 in the Netherlands. The band will also be taking to the high seas on this year's Monsters Of Rock Cruise and Sweden Rock Cruise. The 23 date trek will make stops in New York, Tennessee and Florida as well as in Canada, United Kingdom and Germany amongst others. Tickets for all shows are currently on sale.