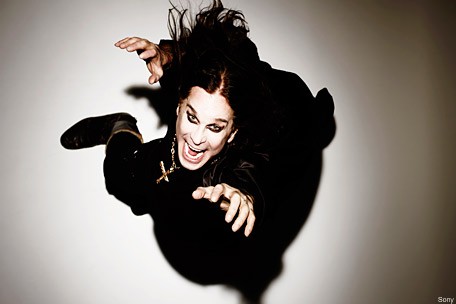 Noisecreep is proud to premiere this exclusive, behind-the-scenes video from Ozzy Osbourne's new single, 'Let Me Hear You Scream.' The clip shows how the video came to be a virtual mini-movie. Acclaimed dierctor Jonas Akerlund speaks about working with the Prince of Darkness and being inspired by his creativity. He also discusses how the performance footage -- which is key to the video -- was filmed with minimal lighting against a green screen, and that all the CGI work was down in post production. So if you like to know about the technical side of video making, Akerlund certainly pulled back the curtain with his explanations.

Former Rob Zombie drummer Tommy Clufetos, who is now bashing skins for Osbourne, even talks about how he couldn't sleep the night before -- presumably due to anticipation -- and that he spent those waking hours watching Osbourne videos on YouTube, which is always a worthwhile endeavor.

The video is performance-driven and features an accompanying plot, where Ozzy, cloaked in black leather, plays many roles, including having his head superimposed on a spider, a rat and a bat. What, no dove? Or would that have been in poor taste?

Also, bassist Blasko says he is going to have a "bangover" the next day, which is "headbanger's neck," where you are sore a day after rocking out. There is also a little bit of footage of new axe Gus G, who got the best job on the planet.