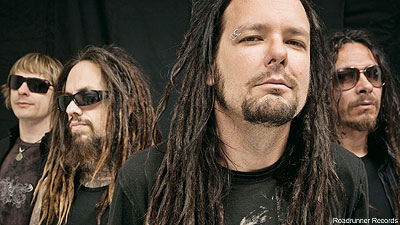 When Korn added 'Remember Who You Are' as the subtitle to their 'Korn III' album, the iconic band was making a statement that they've never forgot where they came from. Case in point: crafting the song and video for 'Oildale (Leave Me Alone)' around the area, shadowed by oil rigs, they all grew up in.

"Moving back to Bakersfield, [Calif.] has really made me think about a lot of things. The conditions in Oildale and the BP disaster hit way closer to home now," frontman Johnathan Davis told Noisecreep about the video -- which used the locals of the town conveying a true documentation of where the band started -- and what drove them to be where they are now.


We here are Noisecreep are proud to show the behind the scenes of the making of 'Oildale (Leave Me Alone),' where the people welcomed the band with open arms, as one resident said, "They might have left here, but they never left here."