Killwhitneydead have decided to release a digital collection for the 2012 holiday season to showcase their surprising ten years as a group. Entitled, Greatest Bloody Hits: A Decade of Debauchery (2002-2012), the collection is comprised of 21 tracks taken from each of the band's releases plus their cover of Seaweed's "Baggage" and new demo track "Sound the Alarms" from the group's forthcoming new album, Suffer My Wrath, which is due out in early 2013.

Vocalist, Matt Rudzinski, said of the collection, "Killwhitneydead has been an entity for a decade now, and as shocking as that is to myself and many people out there, we thought we should celebrate. So we put together a collection of songs that fans just being introduced to the group might enjoy. The forthcoming new album marks a definite change in direction and sound, so this collection also as serves as a reflection of where we have been as a group throughout the past 10 years." 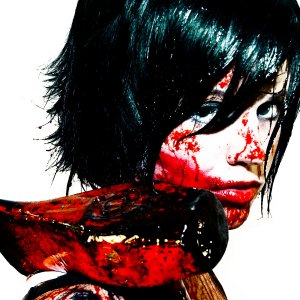 Watch 'Put a Sock In it' Video

| Like Us on Facebook | Sign Up for Our Newsletter
Filed Under: killwhitneydead
Categories: News
Comments
Leave A Comment
‘Five Albums I Would Love to Reissue’ by Matt Rudzinski of Divebomb Records
Top 10 Underrated Hard Rock Albums From Divebomb Records Founder
Killwhitneydead Singer Starts Label to Reissue Obscure Metal Albums
That Other Anthrax Sitcom Cameo With the Most Awkward Interview
Here’s How to See Your 2022 Year-End YouTube Music Recap
11 Ways Metal + Pop Really Aren’t That Different
See 9-Year-Old Tool Fan Play 15 Clean Riffs with Guitar Gifted by Adam Jones
Architects Fan Listened to One Song Over 32,000 Times in 2022 Per Their Spotify Wrapped Stats
Charlie Benante Won’t Rule Out Recording New Material With Pantera