Matt Rudzinski is one of heavy metal's most ardent fans and album collectors. Not only does the guy front metalcore purveyors Killwhitneydead., he also owns and operates Tribunal Records and recently launched Divebomb Records. The latter is a labor of love for the North Carolina resident. Through Divebomb, Rudzinski has released out-of-print albums from obscure acts like Sargant Fury and Uncle Slam, and he's planning on future reissues from Casanova and Elysium, among many others.

Being an expert on lesser-known hard rock and metal groups from the '80s and early '90s, we asked Rudzinski to point Noisecreep readers towards some underrated gems from the era and styles. 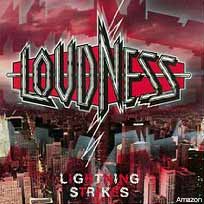 Akira Takasaki (long heralded as the Japanese Eddie Van Halen) and company's sixth album, but only second proper U.S. release, finds the Japanese hard rockers eclipsing their previous landmark album, 1985's 'Thunder in the East,' in both production and songwriting. Bigger riffs and layers of blazing guitar solos lead to what adds up to a headbanger's wet dream. 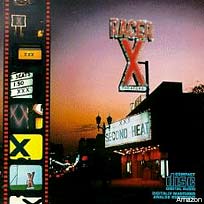 The members of Racer X eventually went on to join a host of popular bands, but 'Second Heat,' the Arizona quintet's 1987 sophomore album, is one of the best shred-by-way-of-melodic-hard-rock albums ever released. As thrilling as Paul Gilbert and Bruce Bouillet six string theatrics are here, Jeff Martin's vocal performance easily reaches the same lofty level. I didn't know any metal musician in late '80s who wasn't attempting to play along to 'Scarified' in their bedroom. 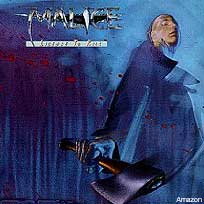 Most people reading this probably just know the band Malice from the cult '80s movie 'Vice Versa,' and if that is the case then you are missing out on a true gem from metal's past. If the artwork alone doesn't convince you of Malice's greatness, then just give the tracks 'Against the Empire,' 'Sinister Double' and 'Breathin' Down Your Neck' a spin to help seal this deal. Fans of vintage Judas Priest will not be disappointed. 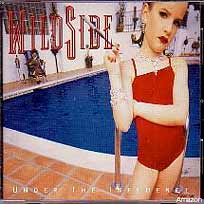 Just as the genre was slowly dying, this Los Angeles combo came along to put the 'hard' back into hard rock! 'Under the Influence' was the perfect album to help prove guitar solos and leather jackets were still vital even if grunge was taking over the world. 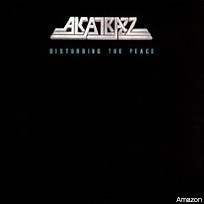 Sure, everyone knows Alcatrazz's first album because o Yngwie Malmsteen's blistering lead guitar work, but 'Disturbing the Peace' arguably is one of Steve Vai's best "unknown" albums. Released in 1985, the album barely had any commercial impact, but Vai's forward-thinking solos raised the bar for years to come within metal circles. Come to think of it, his leads on 'Disturbing the Peace' sound as fresh today as they did back in the mid-'80s. 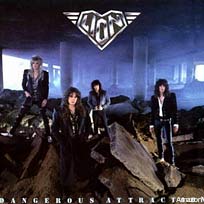 Before his tenure in Hurricane, Dio and Whitesnake guitar phenomenon, Doug Aldrich led this lesser-known hard rock outfit. Anthems like 'Power Love,' 'Shout It Out' and 'Never Surrender,' made this a vital album for road trips. It seemed I wasn't the only one with that feeling, as several Lion tracks wound up in the high octane Charlie Sheen 1986 film 'The Wraith.' Hollywood came knocking again that same year, when Lion provided the rock version of the theme song for 'The Transformers: The Movie.' 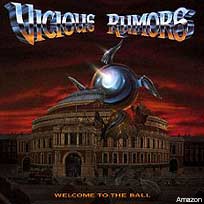 Yes, three albums that most American metal fans do not own, but definitely should. What you get here are dueling guitars, combined with a melodic frontman that few others could ever match in the skill department. Sadly enough, the vocalist on these albums, Carl Albert, perished in a 1995 car accident. Despite this tragedy, the Vicious Rumors' back catalog still commands an audience throughout die-hard collector circles, and these three albums are their strongest. 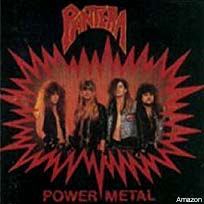 It's an album most Pantera fans ignore, but 'Power Metal' is frightening (in a good way) what Pantera might have done if they hadn't changed their sound for the legendary 'Cowboys From Hell' album. Hell, several riffs from this album wound up on 'CFH,' so their hair metal days couldn't have been all that bad. When all is said and done, 'Power Metal' still amazes and is a true testament to the genius that was Pantera. 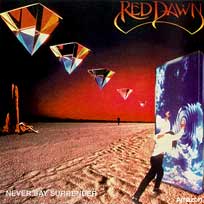 Featuring several members of Rainbow, Red Dawn released this, their one and only album, and packed it with glorious vocals, huge choruses, and the kind of six string shredding that was directly lifted from Steve Vai's playbook. Unknown virtuoso Tristan Avakian has gone on to play and record with a crop of heavyweight artists, ranging from Mariah Carey to Lauren Hill, but his work on 'Never Surrender' is what landed him on this Noisecreep list. 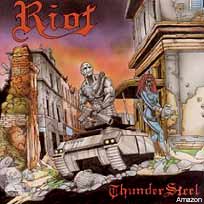 This incarnation of New York's Riot was unlike any heard before, boasting a revamped lineup and new attitude they came roaring back into the metal mainstream armed with a major label contract. For me, this is one of the first U.S. power metal albums that made a lasting impression. 'Thundersteel' has it all. There are songs about warriors, swords, fighting, and even flying on eagle's wings -- what else can one metalhead ask for? No matter what anyone says, 'Thundersteel' is the real deal.