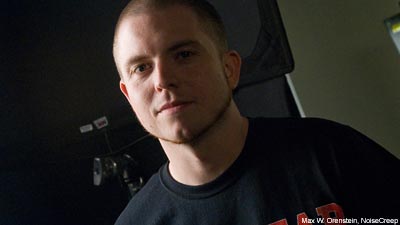 This year will mark Hatebreed's first appearance on the Rockstar Energy Drink Mayhem Festival, so batten down the hatches and get ready to mosh till your brain falls out of your head. The band has done every major metal festival at some point in its career -- four Ozzfests, several Warped Tours, even the it-lasted-only-one-year Tattoo the Earth, where they managed to stuff more than five songs into a stifling 20-minute set back in 2000 -- and now, they're adding Mayhem Fest to their lengthy, prestigious list.

Vocalist Jamey Jasta -- arguably the busiest man in hardcore -- took a moment out of his busy schedule to succumb to our Mayhem probe and let us know you can actually vote for the Hatebreed songs you want to see on their set list. Jasta also said he's sticking to a diet of veggies and H2O this summer. Let's see how long that lasts.

What bands are you looking forward to seeing at Mayhem?

I'll probably check out everyone's set at least once or twice, but I've actually seen every band on the bill or toured with them before. I'm interested in hearing the new Rob Zombie, Norma Jean and Lamb of God material live. I haven't seen them play in a while; same with Shadows Fall, as it would be cool to see them play 'King of Nothing' with Randy [Blythe]. 3 Inches of Blood is always a rager, too. We'll be doing off-day shows with them and Lamb of God, hopefully.

As far as bands on Mayhem Fest, we had Winds of Plague out with us last year and I like their latest CD. I'm glad they have been doing well. I'm interested in seeing them with their new keyboardist. There are a ton of other bands that have caught my ear that aren't on Mayhem Fest. I'm digging the new Wisdom in Chains, Trapped Under Ice and High on Fire CDs. Not that they are 'new' bands, I've just been digging their new music.

What are you planning for your own set? Any interesting covers? Playing some old classics? Crowd favorites?

We have a lot of surprises planned. It's going to be a fun summer. Besides playing the show, we'll be signing every day, filming for our next DVD and hanging with the fans as much as possible. All the jams we can fit into our set will be the jams the fans want to hear. Everyone can vote at hatebreed.com and jameyjasta.com.

What's the best backstage/after show activity on the tour? Ozzfest always had their famous BBQs. How are you planning on spending your downtime this summer at Mayhem?

I'm not sure yet but [guitarist] Frank is quite the cook and dudes love to eat, so I'm sure there will be plenty of meat being grilled. I'm gonna stick to veggies though. Veggies and water all summer. I'm going to be boring [laughs]. Hopefully my daughter will be with me most of the time and we can do some fun sightseeing and stuff. I probably won't be backstage much. I'll be at the Hatewear/Stillborn booth a bunch though, so come by and say hi!

The Connecticut hardcore icons will continue to promote their self-titled release, which was released at the end of 2009.